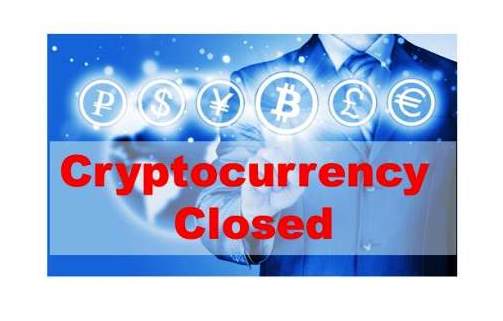 This year was a time of further consolidation for the bitcoin industry.  In 2015, around 11 bitcoin firms went belly up. Here’s Coindesk’s view  of what has happened:

During 2015, GAW Miners fell into deeper and deeper trouble amid growing controversy over its mining operations and failed promises that it would honor a $20 price floor for its own cryptocurrency, paycoin.  Later staff exits and email leaks were the death groans of a company that had always courted controversy, and eventually it faded away mid year with a whimper rather than a bang.  In the months since, GAW has been the target of civil lawsuits from customers seeking to recoup losses, and worse, the US Securities and Exchange Commission (SEC) charged the firm’s former CEO, Josh Garza, with the fraudulent sale of unlicensed securities and operation of a Ponzi scheme.

Mining ASICs Technologies (MAT) was declared bankrupt by a Maastricht, Netherlands, judge at the close of last year, after company CEO Marc Coumans filed for bankruptcy.  The firm used a business model that asked people to pay 35% upfront for its SHA-256 miners but when they failed to appear for most customers in September 2014, the word ‘scam’ started being bandied about on forums.  The firm responded that there was a problem with the air cooling of the chips, and that orders would be sent when resolved.  Bar for a few customers, this never happened and after a tiff with the producer of its chips, the firm eventually declared itself bankrupt, saying calls for refunds had finished it off.

Bitcoin reputation startup Bonafide ceased operations in November, less than one year after receiving funding $850,000 from investors including Blockchain Capital and Quest Venture Partners.  The startup offered an API that provided reputation data to bitcoin firms offering exchange, wallet and other consumer services.  Co-founders Karthik Balasubramanian and Brian Moyer stated their belief that the movement of investor interest away from consumer-facing applications for the technology was one factor in their demise.  Declines in consumer bitcoin spending were also cited as a factor in the shut down.

Bitcoin buying service Brawker closed its doors at the end of April, citing competition and workload issues.  The decentralized platform, launched in April of 2014, allowed consumers to purchase products with bitcoin.  The firm told us at the time: “Buying bitcoin with credit cards is now possible, and more and more merchants are accepting digital currencies.”

Long-running bitcoin mining pool BTC Guild ceased operating at the end of June, citing the finalization of New York State’s BitLicense as a primary motivator. It said at the time that the pool could not afford any legal threats that may arise as a result of the New York regulatory framework.  A spokesperson for the New York State Department of Financial Services (NYDFS) later told CoinDesk “miners and mining pools are exempt from the BitLicense”.

US bitcoin marketplace Buttercoin closed in April, despite launching with $2.1m in investor backing in late 2013.

Saying that it was “100% secure and solvent”, the platform blamed a lack of VC interest for its closure, saying:  “With the dip in bitcoin interest among Silicon Valley investors, we weren’t able to generate enough venture capital interest to continue funding Buttercoin.” Since its closure, the US market has seen the rise of a number of regulated US exchanges including those offered by Coinbase, Gemini and itBit.

Bitcoin mining company CoinTerra filed for bankruptcy in January, saying it would be unable to repay unsecured investors and naming hundreds of creditors in its filing.  CoinTerra had between $10m and $50m in assets, with liabilities within the same range, according to court documents. The firm has filed for  bankruptcy protection, meaning it is likely to liquidate all assets in its bid to repay secured creditors.  The closure came soon after CoinTerra became the target of a lawsuit launched by C7 Data Centers, a data center colocation services provider based in Utah.

Texas-based bitcoin exchange Harborly shut down in August saying the closure was a result of insufficient resources to run both the firm and a separate project that co-founder and CEO Connor Black described as “a growth hacking tool and service”. Digital currency regulation also played into the decision. Black said: “We were surprised again and again by the resources it took to effectively adhere to the compliance requirements laid out in the US and beyond.”

Decentralised crowdfunding platform Swarm shut down in September following an internal dispute and cash issues, according to CoinTelegraph.  The firm allowed companies to raise funds via cryptographic shares using Swarm’s own cryptocurrency.  Swarm’s co-founder and CEO Joel Dietz allegedly wrote in a blog post (now removed) that three factors brought Swarm’s downfall: the co-founder and designer left the project, the Swarm team disagreed about making its software open source and a deal with a startup accelerator that drained $200,000 from Swarm’s coffers.

European exchange Yacuna made an orderly retreat from trading in November after a relatively short time in the cryptocurrency space. In an email to customers it informed them of the closure and advised customers to withdraw all funds.  Talking about the closure, executive director and chief compliance officer Mark Caruso told CoinDesk:  “We offered the service for free since we believe in the disruptive potential of blockchain technology. However, the lack of significant volume and a growth rate that remained below expectations led to the decision of shutting down the service.”

Bitcoin remittance startup 37coins closed its doors back in August, when the company announced it was halting operations and closing its SMS-based wallet. The firm left users until 30th December to withdraw their funds.  Notable participants in Plug and Play’s bitcoin startup group, 37coins aimed to use low-cost cellphone technology as a means to enable cheap transactions.  According to the team, however, development came across hurdles that ultimately proved insurmountable.