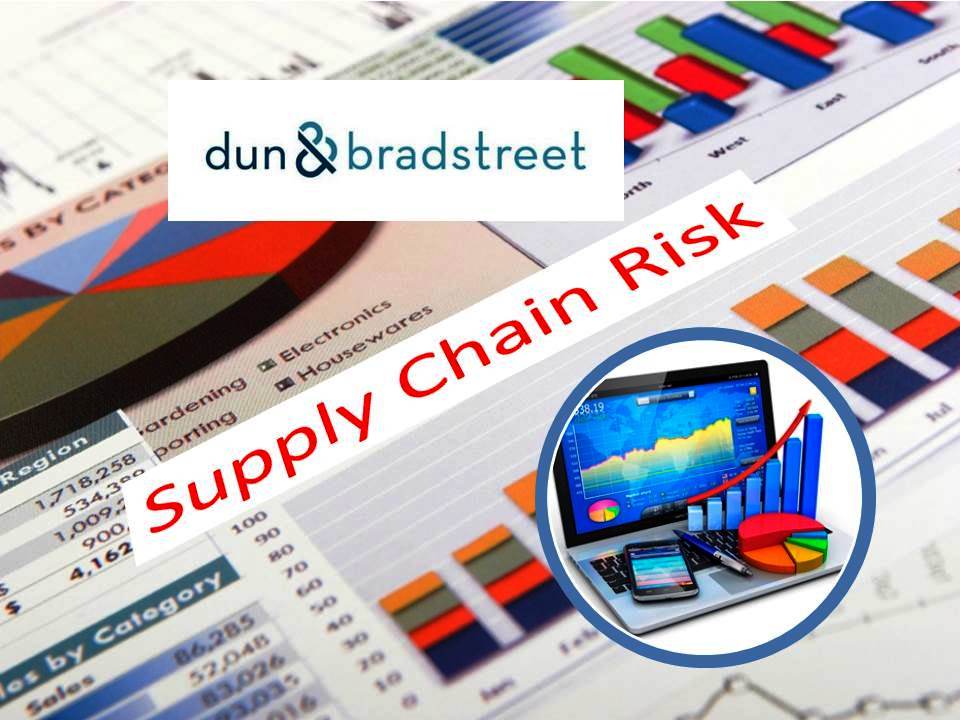 Global Supply Chain Risk Climbed To Its Highest Level In 24 Years, As Measured By The Cips Risk Index, Powered By Dun & Bradstreet The Index, produced for the Chartered Institute of Procurement & Supply (CIPS) by Dun & Bradstreet economists, tracks the impact of economic and political developments on the stability of global supply chains. A combination of economic nationalism, rebounding commodity prices and the growth of a burgeoning Chinese middle class is making long international supply chains a more risky prospect while there has been an average of 22 new trade restrictive measures a month in the World Trade Organisation’s latest report.

The upward trend in supply chain risk is clearest in Western Europe, where contribution to global risk rose to 30.681 in Q4 from 30.048 in Q1. Amid sluggish growth across developed and emerging market economies in Q2, the UK’s vote to leave the EU at the end of June heightened global supply chain risk for the rest of the year. Supply chains in the UK were severely hit by a depressed pound which followed the Brexit vote in June. This pushed up the cost of imports, leading to some early conflicts in Q3 between retailers and their suppliers over who should shoulder these costs. The increasing likelihood of a ‘hard’ Brexit, and the UK’s departure from the single market, will add further disruption to supply chains throughout Europe.

In addition to the UK’s vote to leave the EU, there has been a wider revival of interest in trade restrictive measures across Europe. Elections across Europe in 2017 are expected to see gains for populist parties with France’s National Front, Italy’s Five Star Movement, the Freedom Party in the Netherlands and the German Alternative for Germany all placing Euroscepticism and restrictive trade measures at the centre of their policies.

At a global level, Donald Trump’s election success in November confirmed a wider shift towards protectionism in global trade policy. The adoption of protectionist trade policies, closing of borders and pursuit of bilateral trade deals over multilateral ones, all signal that the gap is widening between an interdependent global economy and the sole pursuit of national interests. As multilateral trade agreements such as the Trans-Pacific Partnership are dismantled, global supply chains face unparalleled uncertainty and stress.

North America’s contribution to global risk remained static over 2016 as the North American economy continued on a trajectory of growth and US consumer spending remained strong. This risk score is likely to increase in 2017 if the USA builds trade barriers with Mexico and China who are significant players in the global manufacturing supply chain network. Asia Pacific remained the highest contributor to supply chain risk in 2016 due to the region’s importance to global supply chains. Asia Pacific’s contribution to global risk fluctuated between 33.566 in Q1 to 33.168 in Q4. The emergence of a larger middle class in China has gradually reduced the competitiveness of Chinese exports in 2016 with wages increasing by 10%. As a result, suppliers have begun moving their supply chains into nearby Indonesia or even beginning the process of reshoring back into their domestic markets. Going forward, the rising tide of global protectionism poses a considerable threat to supply chains relying on Chinese exports with the yuan falling to an eight-year low against the US dollar in the week of Donald Trump’s election.

Elsewhere, the impact of rising oil costs in Q4 has driven up the costs of other commodities. 2016 saw a trend of persistently low commodity prices disrupted when OPEC restricted supply, pushing oil prices up by $10 per barrel in Q4. This worsened the cash flow crisis for oil exporters in Eastern Europe and Central Asia, the Middle East, North Africa and Sub-Saharan Africa. This increase in transport costs is encouraging businesses to have shorter supply chains although it remains to be seen how long the new agreement will hold. Contribution to global risk in the Middle East and North Africa increased from 9.08 at the beginning of the year to 9.09 in Q3.

John Glen, CIPS Economist and Director of the Centre for Customised Executive Development at The Cranfield School of Management said:

“The UK’s decision to leave the European Union and the election of Donald Trump reflect a growing trend of protectionism in the global economy. For this reason alone, supply chain risk is set to increase further in 2017.

“Amidst exchange and commodity volatility, currency hedging will remain vital, while contingency plans must be put in place to protect supply chains from foreseeable trade barriers. Re-shoring supply chains will be an increasingly attractive prospect in the months to come. But, these are uncertain times for supply chain managers and there is no quick fix for the months ahead.

“It is more important than ever for supply chain managers to listen to their suppliers, develop closer relationships with them and to monitor any changes, so they can react quickly and ensure their supply chains remain resilient.”

“Uncertainty stemming from significant trade and foreign policy changes implemented by the new US government will be one of the main drivers of supply chain risk over the next few quarters. The process of Brexit is also set to start in Q1, and will roil the current supply chain environment in Europe. Emerging markets dependent on trade will also be affected by both these factors and commodity price fluctuations remain an