2019: Cybersecurity Is In Crisis 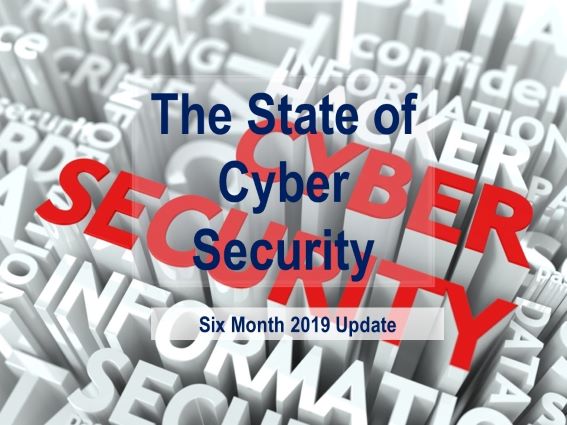 Just over half of 2019 has gone and there have certainly been six months worth of data breaches, supply chain manipulations, state-backed hacking campaigns, and omens of cyber-war. Now 2019, feels as though the worst is yet to come. Ransomware is increasing, corporate and US government security is still a mess, and geopolitical tensions are rising worldwide.

Ransomware
Ransomware attacks are truly nothing new at this point, but 2019 is looking like a banner year for them. Criminal groups continue to target businesses, healthcare providers, and local government with malware which is specially designed to encrypt a system’s data and demand a ransom to decrypt it, swindling billions of dollars per year in the process.  A destructive strain called LockerGoga has specifically been attacking manufacturing companies, often forcing production plants to switch to manual control or exacting long-term damage on systems that control physical equipment.  It’s easy to imagine, though, how this type of attack could be used by state-sponsored critical infrastructure hackers, especially given how both North Korea’s WannaCry and Russia’s NotPetya were ransomware-like worms crafted with each country’s geopolitical agenda in mind.

Supply Chain Breach and Attacks
A legitimate software vendor pushes out what looks like a trustworthy software update to users, but it’s really a destructive instrument of cyberwar. That is the evil genius of the supply chain attack. The most famous example is likely 2017’s NotPetya attack, when Russian hackers spread destructive malware in part by compromising the update mechanism for a Ukrainian accounting software. And this type of malicious hacking has been a particular signature of 2019 so far.

In March, following a research report from the threat intelligence firm Kaspersky, computer maker Asus disclosed a supply chain attack sometime in the second half of 2018 that had compromised the company’s Live Update tool to push malware to almost 1 million customers.

Victim devices accepted the tainted software because the attackers signed it with a real Asus certificate (used to verify the legitimacy of new code). Though the hackers infected a huge number of machines through the attack, they seem to have been specifically targeting 600 computers, which they then hit with a second-stage attack.  Researchers call the group behind the Asus supply chain compromise Barium or ShadowPad. Little is known about the affiliation of the group, but it is thought to be Chinese-speaking. Barium was also connected to another famous supply chain hacking 2017 of the popular computer cleanup tool CCleaner.

US Medical Agency Attack
One of the most concerning corporate data breaches so far this year is that of the American Medical Collection Agency, a massive healthcare-related debt collector. The company discovered that it had been breached in March, and filings with the US Securities and Exchange Commission indicate that the intrusion on AMCA’s systems lasted from August 2018 through March 2019.

The incident was first publicly reported at the beginning of June after the medical testing firm LabCorp said that 7.7 million of its customers had data exposed because of AMCA, and Quest Diagnostics said it had had records from 12 million patients exposed. AMCA said that the compromised information included first and last names, dates of birth, phone numbers, addresses, dates of medical services, healthcare providers, and data on balances due. The stolen information did not include insurance ID numbers or Social Security numbers.

First American
Not all data security incidents are breaches. Sometimes data is improperly stored and publicly accessible, it may not have been stolen, but it was still exposed. First American, the massive real estate and title insurance firm, offers a crucial cautionary tale of how dangerous data exposures can be. Discovered in May by security journalist Brian Krebs, the incident exposed 885 million sensitive customer financial records going back to 2003.

They were accessible to anyone on First American’s website. It isn’t known whether anyone actually found and stole the information before the company locked it down, but it was extremely easy to grab. Social Security numbers, driver’s license images, bank account numbers and statements, mortgage and tax documents, and wire transaction receipts from millions of Americans were all included in the trove.

Iran
Ever since the United States withdrew from the 2015 Iranian nuclear agreement last year, international relations and cyber-security experts have been warning that the move could escalate tensions between the two countries. Iranian hackers have ramped up campaigns around the world, and particularly against US targets, as the two countries clash more openly in the physical world.

June, in particular, saw tensions continue to rise with a series of incidents in the Middle East. On June 13, two fuel tankers were attacked in the Gulf of Oman. The US blamed Iran, and also accused Iranians of attempting to shoot down a US drone.
One week later, Iran succeeded in shooting down an unmanned surveillance drone, which it claimed had entered Iranian airspace. Trump considered then ultimately aborted a kinetic strike in response to the provocation, but US Cyber Command was approved to launch a damaging cyberattack against Iran’s rocket and missile launch control systems.  The hack reportedly took weeks or months for Cyber Command to design and orchestrate.

Meanwhile, Iran has been hacking back at the US. The question now is whether cyber strikes can really be used as an alternative to kinetic conflict, as some war scholars have proposed, or whether they only serve to escalate real-world combat.