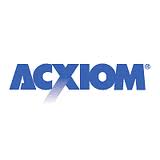 “Fiscal 2013 was a year of transition for the company”, said Acxiom CEO Scott Howe. “This past year we re-ignited product innovation, invested in our clients and our associates and continued to support our shareholders through our stock repurchase program. Looking ahead to 2014 we expect to continue to invest in our new product suite, add new customers and anticipate product launches in the later part of the fiscal year.”