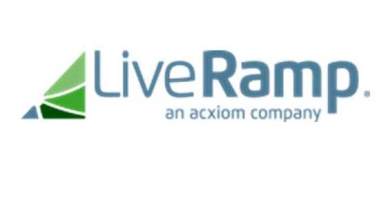 Acxiom® (Nasdaq: ACXM), the data foundation for the world’s best marketers, today announced the appointments of James Arra and Anneka Gupta as co-presidents of LiveRamp®, reporting directly to Acxiom CEO Scott Howe. Arra and Gupta succeed Travis May who is transitioning to the newly created role of Chief Growth Officer for Acxiom. In this cross-divisional role, May will oversee Acxiom’s growth strategy and support the Company’s product development and business development efforts, reporting directly to Howe. In addition to his new responsibilities, May will dedicate a portion of his time to an outside business venture. These changes are effective immediately.

Over the last several years, LiveRamp has established itself as the leading provider of omnichannel identity resolution for the digital marketing ecosystem. As co-president, Arra will lead the go-to-market strategy for LiveRamp’s client verticals: brands, agencies, data providers, platforms and publishers. Gupta will oversee the product, engineering, marketing and general and administrative functions. Both will focus on expanding LiveRamp’s market reach and addressing broader market opportunities. These appointments acknowledge the previous accomplishments of Arra and Gupta as they drive LiveRamp’s future growth.