AI Will Boost Cybercrime & Security Threats: The Malicious Use of Artificial Intelligence 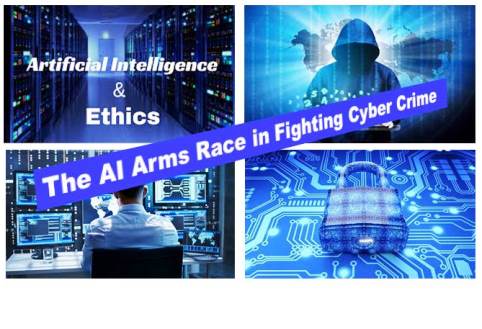 In a new report entitled ‘Malicious Use of Artificial Intelligence‘  a panel of academic, industry and the charitable sector experts describe AI as a “dual use technology” with potential military and civilian uses, akin to nuclear power, explosives and hacking tools.

“As AI capabilities become more powerful and widespread, we expect the growing use of AI systems to lead to the expansion of existing threats, the introduction of new threats and a change to the typical character of threats,” the report says. They argue that researchers need to consider potential misuse of AI far earlier in the course of their studies than they do at present, and work to create appropriate regulatory frameworks to prevent malicious uses of AI.

If the advice is not followed, the report warns, AI is likely to revolutionise the power of bad actors to threaten everyday life.
In the digital sphere, they say, AI could be used to lower the barrier to entry for carrying out damaging hacking attacks. The technology could automate the discovery of critical software bugs or rapidly select potential victims for financial crime.
It could even be used to abuse Facebook-style algorithmic profiling to create “social engineering” attacks designed to maximise the likelihood that a user will click on a malicious link or download an infected attachment.

The increasing influence of AI on the physical world means it is also vulnerable to AI misuse. The most widely discussed example involves weaponising “drone swarms”, fitting them with small explosives and self-driving technology and then setting them loose to carry out untraceable assassinations as so-called Slaughterbots.

Political disruption is just as plausible, the report argues. Nation states may decide to use automated surveillance platforms to suppress dissent, as is already the case in China, particularly for the Uighur people in the nation’s northwest.

Others may create “automated, hyper-personalised disinformation campaigns”, targeting every individual voter with a distinct set of lies designed to influence their behaviour. Or AI could simply run “denial-of-information attacks”, generating so many convincing fake news stories that legitimate information becomes almost impossible to discern from the noise. Seán Ó hÉigeartaigh of the University of Cambridge’s Centre for the Study of Existential Risk, one of the report’s authors, said: “We live in a world that could become fraught with day-to-day hazards from the misuse of AI and we need to take ownership of the problems, because the risks are real. There are choices that we need to make now, and our report is a call-to-action for governments, institutions and individuals across the globe.

“For many decades, hype has outstripped fact in terms of AI and machine learning. No longer. This report … suggests broad approaches that might help: for example, how to design software and hardware to make it less hackable – and what type of laws and international regulations might work in tandem with this.”

Not everyone is convinced that AI poses such a risk, however. Dmitri Alperovitch, the co-founder of information security firm CrowdStrike, said: “I am not of the view that the sky is going to come down and the earth open up.

“There are going to be improvements on both sides; this is an ongoing arms race.   AI is going to be extremely beneficial, and already is, to the field of cybersecurity. It’s also going to be beneficial to criminals. It remains to be seen which side is going to benefit from it more.

“My prediction is it’s going to be more beneficial to the defensive side, because where AI shines is in massive data collection, which applies more to the defence than offence.”

The report concedes that AI is the best defence against AI, but argues that “AI-based defence is not a panacea, especially when we look beyond the digital domain”.

“More work should also be done in understanding the right balance of openness in AI, developing improved technical measures for formally verifying the robustness of systems, and ensuring that policy frameworks

developed in a less AI-infused world adapt to the new world we are creating,” the authors wrote.