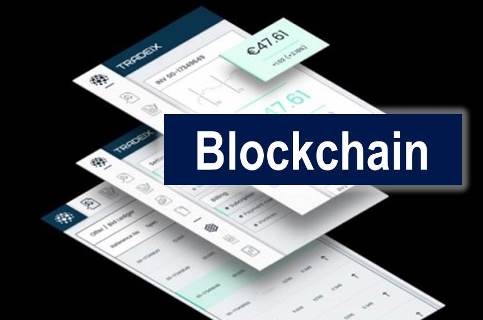 Global insurer AIG and fintech firm TradeIX are building a blockchain-powered platform for invoice finance.  Having completed their first pilot transaction with Standard Chartered and a global logistics company, the parties are now ready to scale up to more corporates and banks.

Speaking to GTR, Marilyn Blattner-Hoyle, head of supply chain and trade finance at AIG, says the parties are taking a “very prudent approach”, starting with the onboarding of just one seller and one buyer, and then expanding gradually to select large corporate clients who wish to provide extended payment terms to their strategic buyers.

We have validated that you can essentially purchase an invoice through the exchange, it works well, and the blockchain works for what we are actually intending to use it for. The first transaction has been done, and the idea is now to build up the portfolio,” she says.

The transaction took place using TradeIX’s new trade finance-specific open-source blockchain platform, which, as previously reported by GTR, is styled in such a way that it can be tailored according to the business requirements of key parties involved.

Harnessing blockchain technology, important invoice data and the eligible insured amount is placed securely on the platform, giving real-time visibility for all relevant parties. This improves transparency and efficiency, minimises the risk of errors and enables the parties to more effectively manage customer terms and credit risk.

“The idea of the platform is to take the most important invoice data that everybody wants to know from the right places, i.e. the corporate, the bank or the insurer, and ensure there is no single point of failure or amendments – everybody can see that it was put on there and it cannot be changed. That then provides transparency and allows everybody to more seamlessly do a trade finance transaction,” Blattner-Hoyle explains. However, she notes that the project involves a “very focused use of the blockchain”. It will not be an open platform but operated as a private network and will also not involve smart contracts.

“Essentially, the legal contracts are not something we’re trying to solve for with the blockchain,” Blattner-Hoyle says. “Insurance policies or receivables purchase agreements are not very difficult to sign, and trying to code those is very complex. So that’s not our focus.”

She continues to emphasise that the project has been driven by a client need rather than a wish to use the specific technology behind it – something that has allowed them to build a platform ready for real-world use.

“We are seeing a lot of proof of concepts, and I think that’s because a lot of people want to get into using the blockchain and perhaps they are using it almost too much, making the projects not achievable in the short term. We didn’t go from that focus. This is not a blockchain exercise. We wanted to solve a client problem and blockchain happened to be a useful piece of that solution. That’s why perhaps we don’t have such a sexy story about all our contracts being coded,” she says.

The first transaction on the platform took place at the end of September and enabled the logistics company to help its customer extend its payment period whilst maintaining the company’s receivables at current terms. Financing was provided by Standard Chartered and credit risk mitigation insurance was offered by AIG.

The aim now is to gradually onboard the logistics company’s customers around the world. Blattner-Hoyle expects the platform to be fully working for this corporate and its customers by the end of the year.  As the platform is expanded to include more companies, more banks and finance providers will be invited to take part too.

“It’s meant to be a multibank structure,” she says. “In fact, we are talking to other banks at the moment. In the initial stages, you only need one bank because they are happy to take the capacity, but certainly the idea is that this becomes a large-scale platform that takes a significant number of corporates and thus needs a number of banks.”

She adds that while AIG is the insurance provider, the firm is also looking at ways in which the platform can integrate re-insurance and co-insurance to seamlessly allow for even bigger scale.