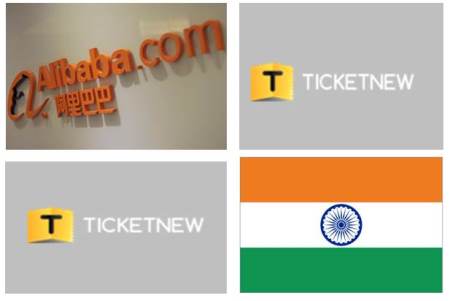 Alibaba  is pushing more into India via an acquisition of a majority stake in TicketNew, the film ticket website. According to a report, terms of the deal were not disclosed, but the purchase was made via Alibaba Pictures Group, the entertainment arm of the eCommerce company.  Previous media reports pegged the price tag at $35 million for a controlling stake of 70 to 75 percent, noted the report. This isn’t the first acquisition Alibaba engaged in the movie ticket online market in recent months. In March it acquired Damai, the online ticket service.  Damai is a key component in the push to offer online-to-offline commerce services in which consumers are encouraged to make purchase at physical locations such as movie theaters. The report noted Alibaba is likely to take lessons it learned with Damai in China and apply them to India via TicketNew. TicketNew founder and CEO Ramkumar Nammalvar said in the report Alibaba also plans to invest INR1.2 billion ($18.6 million) in the company it is acquiring.

For Alibaba, the purchase gives it immediate access into the film industry in India, which is huge. The TicketNew founder estimates annual movie ticket revenue in the country is between $2.2 billion and $2.5 billion, with online sales accounting for only 10 to 15 percent. Movie theaters are a part of the culture in India, which is why there isn’t a higher penetration of online ticket sales. TicketNew noted that online ticket sales are seeing a lot of growth, particularly in smaller cities.