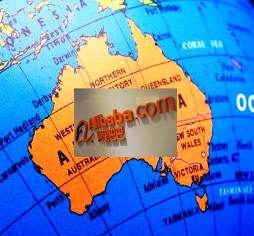 Alibaba Group is growing its business in Australia, including launching a new base Down Under as the company continues to expand its footprint overseas.

The Melbourne office is led by ANZ Managing Director Maggie Zhou, a 17-year veteran of the company who most recently served as deputy general manager of cross-border B2C shopping site Tmall Global. Zhou and her team will support the 1,300 Australian and 400 New Zealand businesses selling on Tmall and Tmall Global, while also working to bring new merchants onto the platforms. “A physical Alibaba headquarters is a key step in ensuring Australian businesses have the support and information they need to succeed in China and the rest of the world,” Zhou said in a statement.

Alibaba emphasized that it wanted to deliver more than just e-commerce services to Australian businesses and consumers. The goal is to “to build the entire operating infrastructure needed to enable local businesses to expand globally,” Zhou said, including cloud computing, online payments and logistics.

Last year, Alibaba Cloud—Alibaba Group’s cloud-computing arm—opened a data center in Sydney, and already more than 1,000 bricks-and-mortar stores across Australia and New Zealand accept Alipay, the e-wallet app owned by Alibaba affiliated company Ant Financial. Further expansion in these areas, as well as travel and digital entertainment, are planned for Australia and New Zealand, Zhou said. Alibaba’s international B2B website has been operating in Australia since 1999.