Alibaba Turns to Blockchain in Fight against Food Fraud 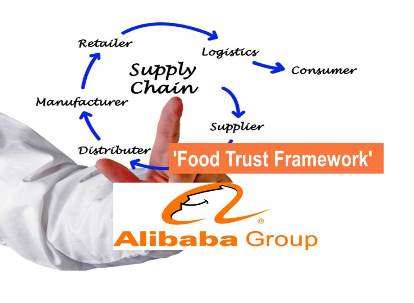 The Alibaba Australia project, which also includes AusPost and nutritional supplement maker Blackmores as partners, is aimed to improve the way foods are tracked, cutting down on the risk of counterfeit products on the market. The so-called ‘Food Trust Framework’ effort will see the partners build a pilot blockchain platform in Australia that will track products from producer to consumer.

“This will include the development of a pilot blockchain technologies solution model for vendors to be utilized by participants across the supply chain,” Alibaba said in a statement today.

According to ZDNet, Alibaba said the blockchain platform would allow shipments to be tracked in real-time, as well as improving security and transparency in the fight against fraud.

“The signing of today’s agreement is the first step in creating a globally respected framework that protects the reputation of food merchants and gives consumers further confidence to purchase food online,” said Maggie Zhou, managing director of Alibaba Group Australia and New Zealand.

Food fraud has increasingly become an issue, especially in Alibaba’s home nation of China. The new initiative is being seen as a testbed for solutions to the issue that has cost lives in the country and elsewhere.

The move may also bolster Alibaba’s reputation following accusations that its online marketplaces are rife with counterfeit goods.