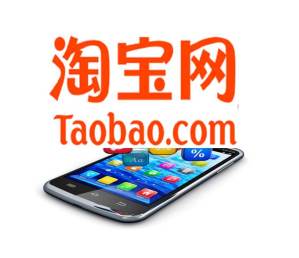 Alibaba has tried to shake the perception that it’s just the eBay or Amazon.com of China by pushing into social media and entertainment and actively investing in startups like Snapchat.

Alibaba’s Taobao mobile app, which allows users to join chat groups dedicated to fishing and more, book travel tickets, read the news, order takeout-and, yes, buy stuff. To the Western eye, Taobao may seem chaotic and overwhelming, but the app has resonated with China’s young users, who are spending longer on the site than visitors to Amazon or Twitter‘s mobile sites. Taobao has helped Alibaba more than double mobile revenue in the most recent quarter, evidence that Chairman Jack Ma’s push beyond e-commerce is finally starting to pay off.

“Amazon doesn’t get people on the website seven times a day,” said Gil Luria , an analyst at Wedbush Securities Inc. “The level of engagement Alibaba’s able to create is more than what we’d consider with search companies and social companies. They’re investing a lot into making their tools have social engagement like Facebook.”

Taobao users can join one of its 1,000 special-interest groups to chat about topics from wedding planning to sports to baby showers. Last year, the site started a program to get bloggers and experts to post content by offering them a commission for making product recommendations. Alibaba also recently rolled out the Taobao news feed that’s grown to more than 1,300 media outlets that provide content to its 80 million-plus monthly active users. A few months ago, Taobao added video live-streaming for bloggers and merchants to interact with consumers.

The company says that more social features will be added to Taobao, but only ones that will lead to more sales. Users may not make a purchase every time they open Taobao, but the activities pique their interest in potential merchants, whether that’s watching a live broadcast with a Chinese celebrity testing out new makeup or participating in a special interest group discussing fishing products.