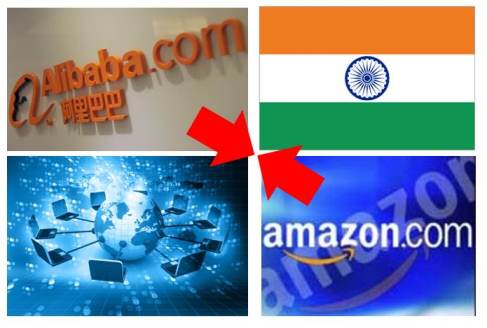 It looks like Amazon and Alibaba will do whatever it takes to win in India.  After battling it out in the online consumer retail space for several years now, the two companies are all set to compete for the country’s Rs19.13 lakh crore ($287 billion) business-to-business (B2B) e-commerce segment.

Amazon’s wholesale arm, Amazon Wholesale (India), was set up in 2013 and runs the company’s B2B portal, amazonbusiness.in. The portal caters to small offices, department stores, kirana stores, drugstores, clinics, hospitals, hotels, and restaurants. The service is currently available only in Bengaluru and Mangaluru in the southern Indian state of Karnataka. In all, including the latest investment, Amazon has invested a total of Rs155 crore in its India wholesale unit.

Amazon’s announcement comes just days after Alibaba.com—the B2B platform for China’s Alibaba Group—said it had signed up new partners in India to ensure better and cheaper services for its sellers. The portal, which focusses on cross-border wholesale trade, has been operating in India since 2007 and has over six million registered Indian buyers and sellers.

Alibaba, through its payments affiliate Ant Financial Services Group, is partnering with Paytm, which has grown into India’s largest online payment provider since its modest launch in 2010 as a mobile top-up service provider, to tap the Indian market. Since the two companies teamed up in 2015, Paytm has seen its user numbers grow from 40 million to 140 million and now offers services in 50 major Indian cities for users to pay their utility bills, book tickets and make purchases both online and offline. Paytm now accounts for about 74% of India’s online payments market.