Americans are Turning to Mobile for their Payment Needs 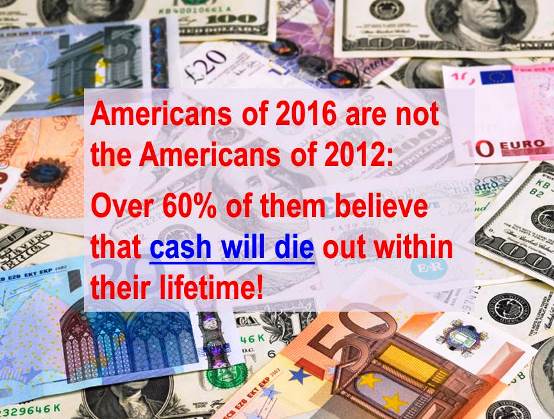 More and more Americans are turning to mobile for their payment needs including banking, bills and money transfers, according to the latest research from Fiserv. The research also touched upon the importance of awareness and education when consumers decide on using new payment methods.

American fintech has always been an incredibly exciting space, how could it not have been with the likes of Apple, Google, Uber, Facebook etc. being founded there.  Yet, even as late as 2012, in the country that was home to the first credit card, cash still represented 40% of consumer transactions. When Apple Pay first came out, it was met with lukewarm levels of adoption that for a long time didn’t really improve (Apple still won’t release hard data). It was down to a combination of no contactless infrastructure, like the one in London and general American antipathy towards newer payment methods.

However, a lot can change in a relatively short period of time. Just look at the transportation and Uber – it’s called a ‘moment‘ for a reason. Americans of 2016 are not the Americans of 2012. Just over 60% of them believe that cash will die out within their lifetime with payments being made with credit/debit cards and other electronic forms of payments.  Now new research from Fiserv, conducted by Harris Poll found that mobile is becoming the default choice for a lot of payments that Americans have to make.

Mobile banking on the rise

“Gone are the days when paying the bills meant sitting at the kitchen table with a calculator once a month,” said Mark Ernst, chief operating officer, Fiserv. “Consumers now pay on demand, wherever and whenever it suits them. As people make more payments from mobile banking, and become more comfortable doing so, this could be a bellwether for increases in other types of mobile payment activity, such as payments at the point of sale.”

The rise of biometrics

As the recent study of 4,000 Europeans showed, biometric technology is gaining traction fast. In the US, it is similarly popular. Compared to the 41% of consumers who said they feel safe making transactions authorised by a PIN or password, biometrics comes out on top as 62% said the fingerprint recognition technology would make them feel safer.

One of the main reasons Apple Pay struggled in the early days was lack of awareness and education: consumers may have loved to try new payment service but questions such as how to use it, where to use it were not dealt with sufficiently well enough. Convenience is key and if people don’t know where they can use a payment method, then it’s not convenient.

Fiserv’s research echoes that as it found that: consumers noted that they don’t use the following services because they don’t know how they work: P2P (24%), mobile banking (20%), electronic bills (e-bills) (15%) and electronic bill pay (14%).

“In a world that’s moving faster than ever before, consumers are seeking payment services that are in step with the way they live and work,” said Ernst. “Financial institutions have an enormous opportunity to educate consumers, informing them of the diversity of products available, as well as their functionality.”