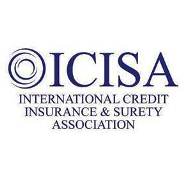 In his first interview as president of ICISA, Tesch spoke to GTR about the association’s goals and ambitions, and also his personal view of the industry, with a particular focus on the opportunity with SME financing.  Tesch tells GTR: “With regard to SME financing, we as an association clearly see an opportunity for the members to grow and support small and medium-sized enterprises in obtaining financing by liquidating their receivables on the back of an insurance cover. There’s still inadequate financing for a lot of SMEs, and they’re desperate to find ways to obtain liquidity and that’s developed across the globe.

“It’s not a European phenomenon, it is very prominent, for example in China, where banks are tightening their lending but are still lending on the back of receivables as long as they’re insured and protected. The SME client segment, that has so far been under-penetrated, is where we see an opportunity for the industry to grow and we see clear demand also by the banks to have such cover in place in order to finance on the back of that.”

Highlighting some of his other key aims in his new position, Tesch explains to GTRhis initial plans: “In light of what my predecessor started, one of the key aims is the further geographical growth of the association. We’ve seen a lot of new members coming from the Asian region and we’ve already established an Asian sub-committee.

“As an association we don’t want to be a European-only organisation, we’re a global organisation and we want to stimulate growth in the areas where there are increases in demand. Geographical expansion of the product offering, linked to the financing aspect, is one, as is supporting new customer segments.”

Establishing a more intense dialogue between the ICISA and the Berne Union, is a clear aim for Tesch, as he explains: “There’s an overlap in membership and certainly our respective goals and ambitions. We also want to enter better dialogue with country associations to support one another.”

Tesch also highlighted that the ICISA would like to create closer relationships with the banking sector to work together in understanding what new customer segments, such as SMEs, ultimately need.  One of the ICISA’s goals this year is to quantify the exact size of the private vs the ECA market, and to this end it has joined with Lloyd’s and members of the International Underwriting Association (IUA) to collect relevant data, which will be ready by this time next year.