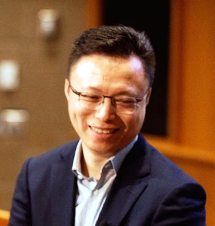 Ant Financial, the online financial services company controlled by billionaire Jack Ma, has appointed a new chief executive to steer its next phase of growth and orchestrate an initial public offering that’s expected next year.  Ma’s choice to lead the Alibaba Group Holding Ltd. affiliate is Eric Jing, a veteran of corporate finance with extensive experience working with multinational companies. He takes the helm from Lucy Peng, a mainstay on Forbes’ lists of the world’s most powerful women, who will retain the position of executive chair.

The switch comes as Zhejiang Ant Small & Micro Financial Services Group Co. is said to be preparing a Hong Kong market debut in 2017, in what may be one of the city’s largest IPOs since 2010. That would cap a progression in which Ant has evolved from online payments service Alipay into a Chinese internet finance empire that runs the country’s largest money market fund and handles Alibaba’s e-commerce transactions.

“Eric continues to prove my previous bias wrong, that a CFO cannot be a good CEO,” Alibaba co-founder Ma wrote in a letter to employees. “During Eric’s almost ten years at Alibaba, whether he is the CFO, COO or President of Ant Financial, he continues to bring us wonderful surprises.”

Jing joined the financial organization in its early days.  Ma hived off the payments service from Alibaba in 2010 over the objections of shareholders including Yahoo! Inc., citing potential regulations that may curb foreign ownership of financial businesses. The dispute was eventually settled via an arrangement that granted Alibaba a proportion of Alipay’s income.

In the following years, Ant Financial’s scale expanded alongside rapid growth of the Chinese economy and online commerce. The company now serves some 450 million customers and has expanded into wealth management, credit scoring and peer-to-peer lending. It’s worth at least $75 billion, according to CLSA. The company has said repeatedly it has set neither a timeline nor a location for a listing.

China’s largest online financial services company competes with Tencent Holdings Ltd. in online payments as well as internet services from dining to food delivery. Its rapid expansion into multiple arenas of internet finance has increased the need for risk management, even as Tencent’s own payments service on social media platform WeChat takes market share away from Alipay.

Peng had in the past six years been “a rock-steady presence in the face of changing times” and would now focus on developing the company’s long-term global strategy, Ma wrote in his internal memo. Jing “will lead the Ant Team to new heights, to new surprises.”

This isn’t the first time Alibaba and its affiliates have shuffled top management. Prior to Alibaba’s 2014 IPO, Ma stepped down as CEO to take on a more strategic planning role, to expand the company’s business beyond e-commerce into finance, entertainment and health.  His apprentice, Jonathan Lu, took on the role of CEO only to be replaced by Daniel Zhang two years later, as sales growth in e-commerce slumped.