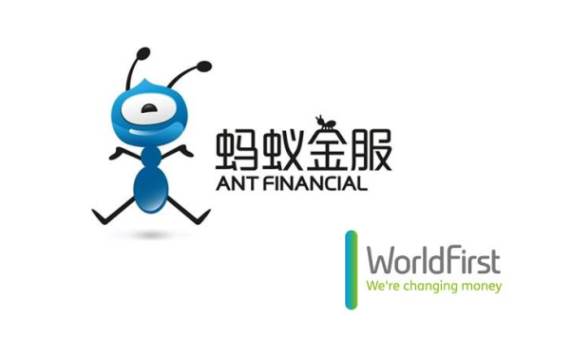 Ant Financial acquired London-based payments company WorldFirst in its biggest overseas deal since a U.S. expansion was thwarted.  Ant Financial has been in talks on to buy WorldFirst for $700 million in recent weeks.

The acquisition marks the Chinese company’s first big move into the U.K., although its Alipay service is accepted by some merchants there already. That should allow Ant to better serve smaller businesses worldwide, including in the U.S., it said in a statement.

WorldFirst remains independent under the terms, according to the letter. It has about 600 staff globally and has helped more than 160,000 individuals and small businesses transfer 70 billion pounds ($90 billion) since its founding in 2004.

Ant Financial made inroads into Europe last year when it won the rights to become the digital wallet for competitions run by UEFA, Europe’s governing body for soccer. Formally known as Zhejiang Ant Small & Micro Financial Services Group Co., it’s leveraged Alipay’s popularity to expand into everything from asset management to insurance, credit scoring, and lending. It raised roughly $14 billion in its last round of funding, to bankroll expansions into Southeast Asia and other markets abroad.

Ant was forced to abandon a plan last year to merge with MoneyGram International Inc. after the companies failed to win approval from the Committee on Foreign Investment in the U.S., a national-security panel that has become more active in blocking Chinese investments in American companies.

WorldFirst recently announced plans to shut its U.S. operations to placate U.S. regulators, which previously rejected Ant Financial’s prior bid to buy money transfer service MoneyGram for $1.2 billion. It rebranded the business under the name Omega, saying it would operate as an independent company.

An Ant Financial spokesperson said WorldFirst was highly complimentary with its Alipay mobile payments service and the combination would help the companies better serve small businesses and promote financial inclusion around the world.

“The tie up will add WorldFirst’s international online payments and virtual account products to Alipay’s broad range of technology solutions, enabling us to reach a greater number of customers, especially in the fast growing area of cross-border e-commerce,” the spokesman said in an email.  He confirmed Jonathan Quin would continue to lead WorldFirst and said the companies would work together to boost sustainable development by supporting SME’s globally, including in the U.S. Quin reportedly sent a memo to clients confirming the deal.