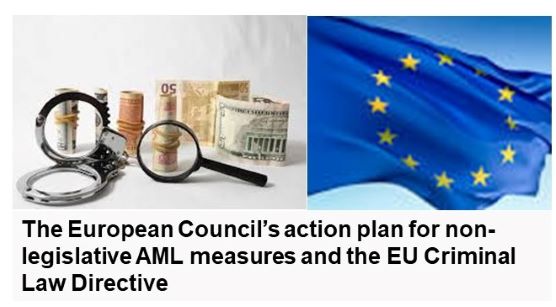 2018 saw a sea-change of in regulation and sanctions as the EU set out to rapidly improve the integrity and stability of its financial markets. European-wide focus is on the Fifth AML Directive (“5AMLD”) which must be implemented by member states by 10 January 2020. Work also centred on the proposed EU regulation strengthening role of the European Banking Authority in supervising financial institutions, the European Council’s action plan for non-legislative AML measures and the EU Criminal Law Directive. 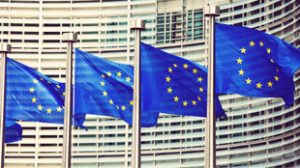 While EU legislators forged ahead with legislative reform, a number of money laundering scandals raised concerns as to the adequacy of the AML regime across the EU and further afield.

In 2018 Danske Bank A/S (Danske), concluded an investigation into some €200 billion suspicious payments over a nine year period, conducted through Danske’s Estonian branch from Russia and other ex-Soviet states. Danske’s investigations concluded that “from 2007 and 2015 reprehensible conditions at [its] Estonian branch and at Group level allowed Danske’s branch in Estonia to be misused for suspicious transactions, and they also showed that Danske reacted too late and too slowly”. The fallout has been substantial and serious. Danske’s chief executive, amongst others, has been replaced, a number of former senior employees have been charged by the Danish State Prosecutor for Serious Economic and International Crime (SØIK), Estonian police detained 10 former employees of the Estonian branch, there are ongoing investigations into Danske by US, Denmark, Estonia and France authorities, and it has been reported that a US pension fund has commenced litigation, and that several US law firms, and a Danish shareholder group, have indicated that similar proceedings will follow.

Another remarkable international money laundering issue occurred in September 2018. Dutch bank, ING Groep NV, the Netherlands largest financial services provider, agreed to pay €775 million to settle allegations of AML failures. The bank admitted, as part of the settlement, that criminals had laundered money through its accounts and that it had failed to properly verify beneficial owners of client accounts, in addition to not noticing unusual transactions. This is one of the largest such settlements in the Netherlands to date.

The highly publicised withdrawal by the ECB of Malta’s Pilatus Bank’s European banking licence is worth note. The withdrawal occurred following the bank’s chairman, Ali Sadr Hasheminejad, being charged in the US, in March 2018, in connection with money laundering and banking fraud. The withdrawal of the licence by the ECB occurred at the request of the Malta Financial Services Authority who took control of Pilatus Bank immediately after Sadr’s arrest.

The focus on money laundering and the changes imposed at a European level has brought an increased focus on Ireland’s AML regime. This has resulted in legislative reforms, enforcement actions by the Central Bank of Ireland (CB) and an increase in criminal investigations and prosecutions.

The introduction of the Criminal Justice (Money Laundering and Terrorist Financing) (Amendment) Act 2018 (giving effect to the majority of the Fourth AML Directive (“4AMLD”)) expanded the scope of Ireland’s anti-money laundering and counter-terrorist financing legislation.  In the Spring 2019 ICQ Gazette, an analysis of the Irish legislation enacting 4AMLD and the forthcoming 5AMLD can be found.

On 25 March 2019 the Central Statistics Office published its crime statistics for Q4 2018. There was a significant increase of 18.4% in recorded incidents of fraud, deception and related incidents to An Garda Siochana for the year 2018 when compared to 2017.

Within the Garda National Economic Crime Bureau, the Financial Intelligence Unit (the “FIU”) is the national reception point for Suspicious Transaction Reports (“STRs”) submitted under Irish money laundering legislation by regulated financial institutions and other designated bodies/persons. In 2018, designated bodies submitted 23,422 STRs to the FIU. The level of STRs has increased year on year; the number of reports in 2017 and 2018 was the highest since 2009. The CB recognises prompt filing of STRs as a central component of an effective AML/CFT regime.

Whilst criminal prosecutions of money laundering are still relatively rare, there are a number of ongoing cases before the Irish courts which show a trend towards the regulators and the DPP taking on such prosecutions. One recent example is that of Adam Muhammed who is due to stand trial for alleged offences relate to nine international bank transfers, with a combined total of about €1.95 million in proceeds of criminal conduct, allegedly received into bank accounts at various Irish financial institutions, between May 2014 and November 2015.

The Criminal Assets Bureau (the “CAB”) is a success story in Irish policing, combining strong international co-operation, local intelligence gathering and effective management. It conducts investigations into suspected proceeds of criminal conduct, and has become much more active in targeting individuals who exhibit a flashy lifestyle, linked to the proceeds of drug dealing or other crimes in recent years. Under section 17 of the Criminal Justice (Money Laundering and Terrorist Financing) Act 2010, the CAB and / or the Gardaí can seek a 28-day freezing orders in relation to money suspected of being linked to crime.  CAB frequently takes such action following an investigation which is often carried out in conjunction with the Gardaí. 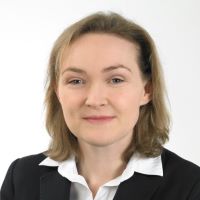 On 17 May 2019, Ms Seana Cunningham, Director of Enforcement and Anti-Money Laundering at the Central Bank (CB), in a speech delivered at the Professional, Regulatory & Disciplinary Bar Association’s Annual Conference, emphasised that the regulatory focus on AML at a national and EU level will continue. The CB’s Strategic Plan for 2019-2021 outlines its commitment to the fight against money laundering in strengthening consumer protection. The CB’s annual report for 2018, published on 29 May 2019, notes that in 2018, the CB carried out 72 on-site inspections, held 59 review meetings and issued 259 Risk Evaluation Questionnaires to firms for completion, underling its focus on this area, a focus which is set to continue.

The CB has highlighted the crucial role that compliance professionals play in the fight against money laundering. Towards the end of 2018, Ms Cunningham spoke to the ACOI on the work of the Enforcement and Anti-Money Laundering Directorate of the CB. On that occasion, she emphasised the importance of individual accountability, stating that “the Central Bank expects that compliance professionals and employees across all levels of a firm should be empowered to provide senior management with an honest appraisal of both the risks that are inherent and the effectiveness of a firm’s systems and controls.”

On the enforcement side, the CB has been actively critical of the policies and procedures some firms have in place to guard against money laundering risks. The CB has very recently used its significant enforcement powers to impose a €280,000 fine on a stock broking firm for anti-money laundering and countering the financing of terrorism (AML/CTF) compliance failures. This was the first enforcement action taken against a stockbroker for breaches of the Criminal Justice (Money Laundering and Terrorist Financing) Act 2010 (as amended) and at that time, the CB emphasised that it was a timely reminder to the wider financial services sector that AML/CFT compliance is, and will remain, a key priority for CBI.  In mid 2018, the CB imposed a fine of €443,000 on an alternative investment fund manager having concluded the firm failed to adequately monitor and scrutinise client transactions and failed to adopt policies and procedures to prevent and detect the commission of money laundering and terrorist financing. The CB referred to “historic regulatory failures” (this was the first instance in which the CB has taken enforcement action in respect of cyber-fraud) which left it exposed to a fraudster impersonating a client, resulting in a series of fraudulent transactions.

In the UK, financial crime and anti-money laundering continues to be a high priority for the Financial Conduct Authority (the “FCA”). In April 2019, Standard Chartered Bank was fined £102,163,200 for AML breaches. This is the second largest financial penalty for AML controls failings ever imposed by the FCA. The FCA found serious and sustained shortcomings in AML controls relating to customer due diligence and ongoing monitoring, and that the firm failed to establish and maintain risk-sensitive policies and procedures, and failed to ensure its UAE branches applied UK equivalent AML and counter-terrorist financing controls.

In line with the increased regulatory focus on individual accountability, in December 2018, the FCA published its decision to fine Mr Prodhan, the former Chief Executive Officer of Sonali Bank (UK) Limited (SBUK) £76,400. The FCA found Mr Prodhan failed to ensure that sufficient focus was given to AML systems and controls within SBUK, or that there was a clear allocation of responsibilities to oversee SBUK’s branches, and that he failed to appropriately oversee, manage and adequately resource SBUK’s MLRO, all of which contributed to systemic failures in SBUK’s AML systems and controls throughout the business.  Mr Prodhan has appealed the decision.

Regulatory focus on AML/CTF continues to evolve and to keep pace with innovation in financial services and technology, which go hand-in-hand with increased criminality as fraudsters find new ways to engage in financial crime. It is clear that this will continue to be a key supervisory and enforcement priority for the CB.  It has stressed time and again the crucial need for effective compliance, and highlighted the valuable and key role played by AML/CFT compliance in embedding appropriate culture in firms and ensuring that the regulated entities meet the demands of regulation and uphold the fight against financial crime and terrorist financing.