Apple Eyes Pay-by-touch for next iPhone 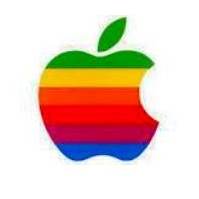 Apple is working with Dutch chipmaker NXP to add secure short-range wireless technology into the next iPhone, enabling new pay-by-touch capabilities in the latest bid for the smartphone to replace the wallet.

Several people familiar with Apple’s plans say NXP will provide the secure near-field communications chips that will allow an iPhone to connect with payment terminals or ticketing systems, as well as opening up the possibility for other applications in the “internet of things”.   NFC technology allows a smartphone to communicate wirelessly with other devices by tapping them together.

Apple announced its plans for a product launch event on September 9 at which it is expected to unveil new iPhones. Apple and NXP both declined to comment on whether the new devices would contain the Dutch company’s NFC technology.

Analysts say Apple could galvanise a smartphone payments market that has struggled to take off, even though tap-to-pay technology has been built into mobile devices for eight years.  Thanks to iTunes and the App Store, Apple already holds credit card details for some 800m customers, giving it a potential advantage over the many earlier attempts at mobile payments.  It has been recruiting executives with experience in mobile payments for the last several months in both Europe and the US.