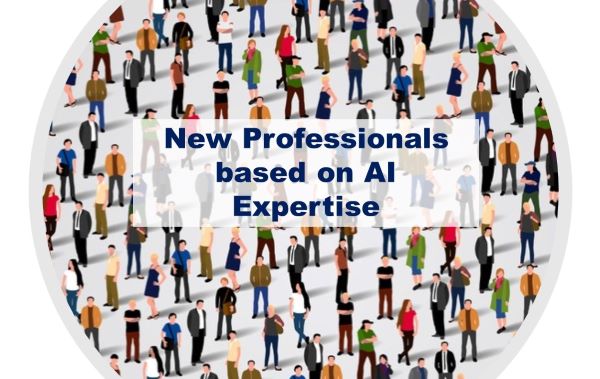 Artificial Intelligence (AI) is already being used behind the scenes to impact our everyday lives, processing lots of data through deep neural networks to learn over time what a user’s preferences are.

Twitter has begun to use artificial intelligence behind the scenes to enhance their product and understand user choices. Deep learning is helping Facebook draw value from a larger portion of its unstructured datasets created by almost 2 billion people updating their statuses 293,000 times per minute.

Now digitalisation and breakthroughs in artificial intelligence (AI) will lead to the emergence of new professions according to experts.

It has been predicted that “smart home designers,” “digital tailors,” “digital therapists,” “robo-psychologists,” and “troll detectors” will be a few of the most desirable professions for the future generation. Associate professor Şebnem Özdemir of Istanbul’s İstinye University says that AI has been the focus of advanced technology but its effects on professions are now more than ever.

“Data is now the most important thing. Hence, the professions which have nothing to do with data are doomed in the future. It is possible to say that the future is about professions supported by AI,” added Özdemir, speaking to reporters.  Özdemir also claimed that future employers will expect their employees to work hand-in-hand with robots as well.  “People will be expected to team up with robots. In order to organize the teamwork, a new profession called ‘human-robot team management’ will come to being,” said Özdemir.  [Editorial comment:  Why should this be different from what happended in the past?  Humans worked with their hands, than came tools, followed by machines].

According to Ray Kurzweil, one of the most-known futurists, computers will have the same level of intelligence as humans by 2045.

Predicting will become extremely advanced and accurate. You might even be able to predict human behaviour.