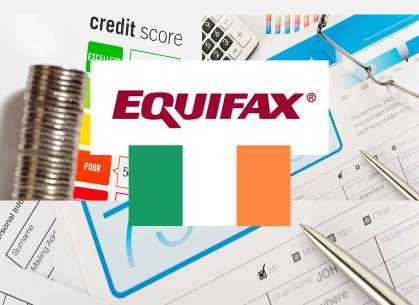 Equifax, a global information solutions company with headquarters in Atlanta, Ga., today announced the official opening of its second location in Ireland. Officials from Georgia and Ireland, including the Lord Mayor of Dublin Brendan Carr, Minister for Jobs, Enterprise and Innovation Mary Mitchell O’Connor and Atlanta Mayor Kasim Reed, attended opening ceremonies for the new IT Centre.

The new office, located in what is referred to as “Dublin’s Silicon Docks,” will serve as a key international location for Equifax’s IT Research and Development efforts.

The IT Centre, located in the Bloodstone Building on Sir John Rogerson’s Quay, has made great progress in filling the initial 100 available positions and is continuing to hire for open opportunities.   Given the deep pool of talent in the marketplace, Equifax is looking at continued expansion and expects additional personnel to be added in coming months.

The global information technology needs of Equifax spans 24 countries across four continents, and the new Centre will support these offices around the world. According to IT Centre Leader Paul O’Dwyer, the Dublin office will focus on how the company’s consumer and business data can be used to develop new products.

Speaking at the Centre opening, Dave Webb, CIO of Equifax, said: “Equifax has been in this market for more than 20 years, since we added our Wexford office in 1994. This experience has taught us that the talent of the workforce in Ireland runs deep. Given this, and the support we have received from IDA Ireland, Dublin became a natural choice and will continue to present additional opportunities in terms of growth and development.”

Lord Mayor of Dublin Brendan Carr said “Research and development is a fast growing economic sector here in Dublin and I’m delighted to be welcoming Equifax to our captial city.  ‘Dublin’s Silicon Dock’ – Grand Canal Dock – has excellent business facilities, is within walking distance from the city centre and is a great place to do business.”

Speaking at the event Minister for Jobs, Enterprise and Innovation Mary Mitchell O’Connor stated, “I am delighted that Equifax is continuing to invest inIreland with the opening of their new state of the art IT Centre. It is a testament to Dublin being at the forefront of Innovation with a talented workforce thatEquifax have decided to expand here. I am confident through ensuring Ireland has the right policies for job creation, FinTech companies such asEquifax will thrive by continuing to grow and develop over the many years ahead and I wish the team the very best for the future”.

“IDA Ireland has been working with Equifax over the last year on the opening of this new facility in Ireland and is thrilled to see it come to full fruition. We believe that the Equifax Dublin IT centre is a true endorsement of Ireland’s research and development credentials,” said Martin Shanahan, CEO, IDAIreland.

“For half a century, Equifax has been a cornerstone of the FinTech sector in metro Atlanta. As Equifax has grown and thrived, Atlanta has emerged as one of the world’s leading hubs for FinTech companies,” said Atlanta Mayor Kasim Reed. “I am pleased to join Equifax today as we celebrate the company’s growing presence in Ireland, and as a champion of innovation, I am excited about the opportunities to strengthen our city’s economic and cultural ties with Dublin.”

Equifax, considered one of Atlanta’s original FinTech companies, was founded in Atlanta in 1889.   Over the last 10 years, the company has focused on utilizing the data it has on hand to support the sustainability of the financial marketplace, as well as the needs of creditworthy consumers.  Consumer credit data is the most accurate way to assess a consumer’s financial health and a useful tool in assessing current economic performance. Equifax is working to revolutionize consumer credit information to enhance its offerings in support of consumers and economies around the world.