AT&T and Time Warner Merger: Data is a Key Driver of the Deal 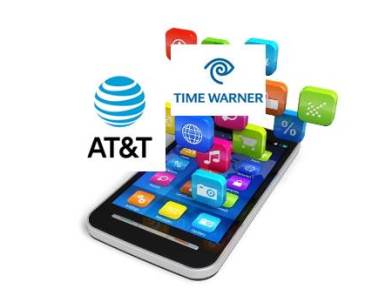 Media companies plan to ask U.S. regulators to force AT&T Inc (T.N) and Time Warner Inc (TWX.N) to share their trove of customer data if the telecom and content companies merge, fearing the combined behemoth would have an unfair advantage selling targeted mobile advertising, a handful of media executives told Reuters this week.

Customer data has become a key to the media industry’s future as TV networks strive to provide the same kind of advertising as digital companies like Alphabet’s (GOOGL.O) Google and Facebook Inc (FB.O), which tailor pitches according to what they know about their customers.

AT&T’s proposed $85 billion acquisition of Time Warner would give the media company’s networks, such as HBO, Cinemax and Turner, potentially unprecedented data about viewers who have AT&T cell phones and DirecTV accounts.

The deal will be reviewed by the U.S. Justice Department, and it is unclear how the enforcement agency would approach customer data access as an antitrust issue since it has not yet arisen as a source of contention in a major U.S. deal.  With the rise of online and mobile video streaming services, the promise of sending different ads to different viewers appears attainable, starting a race among established media brands.

AT&T and Time Warner acknowledge that data is a key driver of the deal.

“What it allows us to do is just move faster, with more innovation, better consumer offerings, more different price points, more effective advertising, and therefore people are going to see that more of the cost of content can be borne by advertising,” Time Warner Chief Jeff Bewkes told CNN on Monday. And AT&T Chief Executive Randall Stephenson told Reuters at a conference in California that the company is open to allowing other content providers access to customer data.

“To the extent that it keeps their content costs down, we’d be open to it,” he told Reuters.

Rivals are already amassing a significant amount of data from multiple sources. Verizon Communications Inc (VZ.N) will be able to tap data from Yahoo Inc’s (YHOO.O) 1 billion monthly users to tailor advertising if it completes its $4.8 billion purchase of Yahoo’s core assets.

Customer data is a new area for antitrust law, which enforcers will be pressed by media companies to take on in the AT&T case.