Australia Poised to Sign Regtech Fintech Deal with the UK 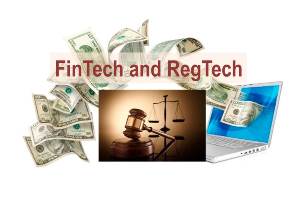 Australia is poised to sign a fintech deal with the UK to boost crosstalk in one of Britain’s fastest-growing industries, City A.M. can reveal. The Treasury is working on an agreement to aid co-operation on fintech between the regulatory authorities in the UK and Australia.

Speaking at City & Financial Global’s trade conference yesterday, Alexander Downer, the Australian High Commissioner to the UK, said the two sides were “in the process of concluding negotiations”. Fintech is a key growth sector in the UK; in 2017, startups in the industry attracted a record amount of investment.

In October, more than $1bn (£760m) had been invested in fintech firms, more than double the amount that had been ploughed into the industry at the same point last year.

Downer said that, after Brexit, Australia wanted to improve its trading relationship with the UK, and that “doomsayer” stories about leaving the EU assumed third countries were “lining up to have a shot at” Britain.  “Well I can speak for just about all of them, other than North Korea…and the truth is we are all looking to maintain or improve the arrangements we have,” he said. “You are welcome to have access to our market for your services and we would like to enhance our mutual recognition arrangements we already have with the UK.

BIIA Member Wayne Johnson, Co-Founder and CEO,  encompass corporation was quick to follow with his comments: “With the UK offering a gateway to Europe and Australia to Asia, if this deal goes ahead it will obviously be a significant step towards global regulatory co-operation, as well as sending a positive message for how the UK can increase co-operation with countries outside the EU.

As in the UK, Australian fintech is thriving with the government aiming to make Australia the leading market for fintech innovation and investment in Asia.   This deal will no doubt build on Australia’s history of bringing innovation to the UK – for example,  it pioneered the investment platform industry which is now used universally by the UK financial services industry.

This is also positive news news for Regtech, the fast growing subsidiary of Fintech.   The Australian Securities and Investments Commission (ASIC) has ambitions to see Australia become a world leader in Regtech – not least because of the opportunities afforded within the Asian market where, due to a complex regulatory framework, Regtech solutions are seen as attractive.

With the UK already established as a global force for regulation technology, forging close partnerships with those aiming for similar status sets an important framework for the future of this rapidly growing area.”