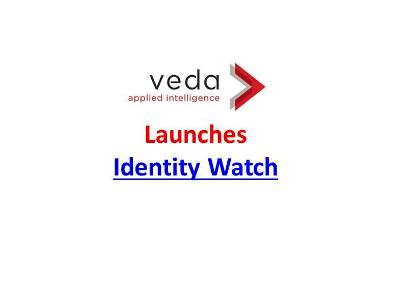 NSW had the highest proportion of residents who have been a victim of identity theft (19%), ahead of WA (17%), and Victoria and SA (both 15%), according to the national survey of more than 1,500 Australians. In a bid to help people to protect their identity online, Veda today launched the only standalone cyber-monitoring service of its kind in Australia: Identity Watch. The service monitors whether a person’s information, such as email addresses, credit cards and bank details, is being illegally traded in online forums and alerts them if their information has been compromised.

The new Identity Watch service is expected to appeal strongly to people who are active online at a cost of $3.99 per month – the average cost of a takeaway coffee.

According to Veda’s research, Gen Ys have the highest proportion of identity crime victims (20%), compared to Gen Xs (18%) and Baby Boomers (14%). Despite being at greater risk, Gen Ys were less likely to worry with 76% stating they were concerned about identity theft, trailing behind Gen Xs (86% concerned) and Baby Boomers (81%).

Fiona Long, Veda’s Head of Cybercrime, said Veda’s latest research confirmed the significant and ever-present threat posed by identity crime. She warned that those who don’t take steps to secure their personal and financial details were exposing themselves to opportunistic scammers. “The reality is that we are all at risk of having our personal details stolen and the threat is amplified in the online world, where we can be duped by hackers without even knowing it,” she said. We are all doing more, and sharing more, online and if we leave ourselves vulnerable, identity thieves can steal information like passwords, personal data and financial details without our knowledge.” Ms Long said hackers are getting more sophisticated and the number of personal data breaches is continuing to rise – with 552 million identities exposed globally due to data breaches in 2013.[iii]

“While awareness is growing, the true extent of identity crime is unknown because many incidents go unreported. The Australian Government has prioritised the issue and is likely to change legislation in late 2015 to make it mandatory for companies to report data security breaches. This will help to shine a light on the scale of the problem,” she explained.

For the average Australian victim of identity crime, the out-of-pocket losses amount to $4,101 per incident, not to mention the many hours spent dealing with the consequences.