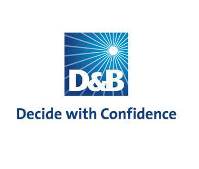 The outlook for commercial borrowing is showing signs of improvement with survey findings that 21 per cent of businesses intend to seek credit to grow during the third quarter of the year, the strongest response since the beginning of 2011.

With interest rates remaining at record lows and the Australian Bureau of Statistics revealing that business lending in April increased by a seasonally-adjusted 5.8 per cent, Dun & Bradstreet’s forward-looking Business Expectations Survey suggests that commercial credit activity will improve further.

According to D&B’s research, borrowing plans fell sharply in mid-2012 and remained weak for the following 12 months as Australia’s economic performance softened and optimism dwindled on the uncertainty of a recovery. In the final quarter of 2013, following the Federal Election, optimism returned and business expectations began a steady improvement, accompanied by a willingness to take on debt. As businesses report a greater willingness to borrow and invest, they also identify limited obstacles to expansion. When asked about their biggest barrier to growth in the year ahead, the most common response from businesses was ‘no major barrier’ (31 per cent). In addition, 64 per cent of respondents have indicated they are more optimistic about growth this year compared to 2013. “Activity in the business sector remains mixed, however, the positive news on borrowing and capital investment intentions points to a degree of optimism, particularly in the non-mining sectors,” said Stephen Koukoulas, Economic Advisor to Dun & Bradstreet.