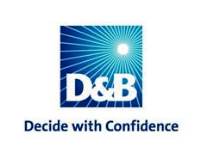 This year’s gradually improving business outlook looks set to continue into 2015, with the latest survey of Australian firms revealing that an increasing number expect to lift their sales and profits, sell their goods and services at higher prices, and invest more in their operations during the first quarter of the New Year.

Businesses are particularly upbeat about sales, with Dun & Bradstreet’s Business Expectations Survey revealing that 53.2 per cent expect increased sales in Q1 2015 compared to last year, while just 7.5 per cent forecast a decline. This response has lifted D&B’s sales expectations index to 45.8 points, up from 27.5 points last year and to its highest level since Q2 2000.

After diverging during the year, as expectations outpaced actual activity, reported sales have also increased, moving to 16.9 points for Q3 2014, up from 11.6 points in the previous quarter and 7.5 points at the same time last year.

The increase in sales expectations beyond the boost expected in the Christmas period underscores the resilience in the business sector. D&B’s survey has also found that 71 per cent of businesses are more optimistic about growth in the next 12 months compared to the previous year; the strongest response recorded in 2014. According to Gareth Jones, CEO of Dun & Bradstreet–Australia and New Zealand, the more positive business outlook for next year follows signs of gradual improvement in the local economy.

“After a 2013 during which businesses were motivated by risk minimisation, this year has been one of slowly-building optimism, while these latest figures suggest that 2015 will see more businesses capable of growth,” Mr Jones said.

“Although still below trend, D&B is forecasting a lift in Australia’s GDP growth from 2.2 per cent to 2.5 per cent in 2015, while a more accommodating currency level and a stronger United States economy will support business optimism.

“Consumer confidence, however, appears to be the missing piece in the recovery puzzle and one with the potential to derail the business sector’s capacity to grow and drive a new phase in the economy’s development,” Mr Jones added.