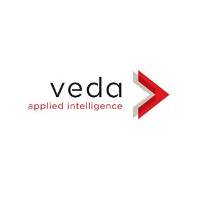 New data shows that credit application fraud in Australia is now at its highest level since 2009, as fraudsters devise new ways to cheat credit providers.  Analysis of Veda’s Shared Fraud Database, a consolidation of confirmed fraud events across Australia, revealed a 27% increase in total credit application fraud in the 12 months from 2012 to 2013.[1]

Among the four segments of credit application fraud – false personal details, fabrication of identity, identity takeover and undisclosed debts – identity takeover grew fastest, increasing 103% from 2012 to 2013.  Imelda Newton, Veda’s General Manager of Fraud and Identity Solutions, said: “With Australian businesses losing an estimated $1.4 billion[2] per year to fraud, the jump in fraud over the past 12 months should be of concern to all Australian financial institutions.  “The increase in credit application fraud can be partly explained by growth in credit markets, however the real driver has been a change in the way individuals and criminal gangs are using new technologies to exploit and defraud credit providers,” she said.  In 2007 identity takeover represented 26% of identity fraud; by 2013 this had risen to 89% of all identity fraud. Fraudsters have adopted identity takeover as a technique, in preference to creating fictitious identities, because improvements in identity checking practices and technology have made creating bogus identities far more difficult. Forensic specialist Brett Warfield, Partner at Warfield and Associates, said the rapid advances in technology and growth of online customer onboarding platforms have led to specific vulnerabilities in identity verification authentication processes.

“The shift from identity fabrication to identity takeover confirms that fraudsters are adapting to improvements in identity verification and checking practices. The change makes false identities less viable. Organisations need to implement robust risk management processes into their application checking procedures.  “Financial institutions need to increase the sophistication of their technology to mitigate the risks of growing and changing fraud attacks,” Mr Warfield said.

“Secondly, credit providers need to be using best of breed technology to verify the identity of individuals to whom they are extending credit. The most effective tools combine identification checks against multiple data points, together with the use of ‘out of wallet questions’, dynamically generated by a knowledge based authentication process,” Ms Newton said.

Ms Newton said some financial institutions included customers directly in their anti-fraud strategies by offering a  Veda Credit Alerts service.  Veda’s Your Credit and Identity service has a Credit Alert option. This quickly notifies a customer via email if certain changes have occurred on their credit report. This can alert the customer to potential fraudulent activity.  “This proactive approach from lenders reduces the risk of fraudsters applying for loans in that customer’s name. It helps protect both the financial institution and the customer.  “The rebound in credit fraud is a reminder of the critical need to address fraud prevention and detection across the financial services industry,” Ms Newton said.