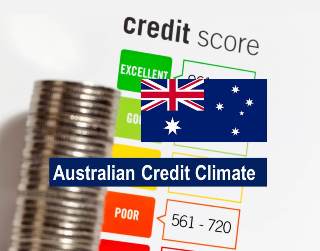 Nearly 3 million Australians are at risk of credit default – which could see their all-important credit score fall – in the next 12 months, according to new figures. A default occurs when, for example, you haven’t paid a mobile phone bill of $150 that is 60 days overdue. A low score could stop you from getting a credit card or a mortgage.

The average credit score this year is 757, down 14 points on last year’s figure but still considered “very good”, according to the largest credit bureau Veda. Scores can range from zero to 1200.  About 2.86 million people, which is 17 per cent of credit active Australians, are at risk of credit default in the next 12 months, according to Veda’s new report based on 1000 respondents and an analysis of 2 million “VedaScores”.

As expected, older Australians have higher credit scores, as they have longer credit histories, often have more secured credit, such as mortgages for their home or investment properties, and are more likely to pay bills on time.  New data shows two-thirds of Australians have a credit score between 622 and 1200, which can be described as “good”, “very good” or “excellent”. Worryingly, 17 per cent have a score between 0 and 509, a range labelled “below average”, and 16 per cent have a score between 510 and 621, considered “average”.

A recent survey by comparison website Finder.com.au found while most people don’t expect a lender to reject their loan application, which has been the reality for 9 per cent of Australians.