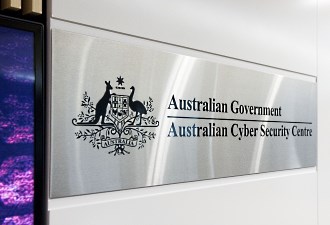 The Australian government’s national cybersecurity adviser has urged social media companies to improve the way they treat personal data and encouraged users of those platforms to be more aware of what information they are offering up to the Internet.

Amid the heightened debate around the use of personal data online, Alastair MacGibbon, who heads the Australian Cyber Security Centre, also suggested companies like Facebook were being hypocritical when governments seek their assistance with criminal investigations.

“These same companies that have allowed tens of millions of accounts to go at the back end out of their control will say to us often, ‘look we’re not going to help you’ or ‘we can’t help you’ or ‘you’re overreaching as a government’, even though you have court orders and a really strong, compelling case because we need to protect the privacy of their customers,” Mr MacGibbon told Sky News.

“These companies that hold up privacy and the sanctity of the individual to us as governments, western, liberal, democratic governments, are the same ones that are then allowing data at the back end to go off out of their control.”

He said the companies’ treatment of personal data should become more mature to comply with community expectations. He also reminded people that, “we are their product, our data is their product” when these services are free.

“That’s what everyone needs to remember in this discussion. Is that our data, as we used those services, is used primarily to market but the events this week highlight that sometimes there can a darker side,” Mr MacGibbon said.

The controversy has also triggered debate around the use of data in politics, with former federal privacy commissioner Malcolm Crompton criticising Australia’s major political parties, who enjoy an exemption from the Privacy Act.

Fairfax Media revealed that Facebook approached the major parties with an advanced data-matching tool in the lead-up to the 2016 election, an offer the Liberal Party declined out of concern it could breach electoral laws.

Political parties are exempt from the Privacy Act that governs the data collection, use and disclosure for almost all other private organisations. The exemption is designed to “encourage freedom of political communication” and support the electoral process, according to Attorney-General Christian Porter.

Mr Crompton said the parties “don’t have a leg to stand on” and should adhere to the same practices and principles that others face, which would make their data collection more accurate and transparent.

Labor is understood to have adopted Facebook’s “Custom Audience” feature and has advanced digital campaigning capabilities while the South Australian and Victorian Liberal Party branches are using data-driven micro-targeting service i360.

Cambridge Analytica, notorious for its involvement in the 2016 US election, has made attempts to expand into Australia but the major parties have declined to take up their services.