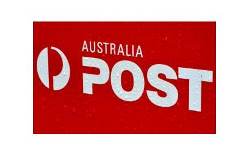 According to a report by ZDNet, the company is looking at accreditation and e-voting as part of internal blockchain R&D efforts. The Australia Post first divulged details about its blockchain work in March, when CEO Ahmed Fahour discussed uses involving digital identity.  Rick Wingfield, a partner for the Australia Post Accelerator unit, told attendees of the Technology in Governance conference last week that he believes the technology could help the government streamline processes that involve ascertaining identity.

That said, Wingfield remarked that there’s concern about the potential to “take people’s private information and put it on a public ledger”.

The comments follow efforts by the government of Australia to position itself as supportive of the technology, outlining in a policy statement earlier this year its intention to ease rules for FinTech companies and move to end the “double taxation” of bitcoin transactions in the country.