B2B Marketing: How Big Should Your Campaign Budget Be? 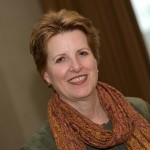 At the ClickZ Live 2014 conference in New York, Michelle Killebrew presented an interesting case study of an IBM campaign called Rethink Business.  It got me thinking (or, should I say, rethinking?) about campaign budgeting.  My question is: how do you set a budget for a multi-touch, multi-target B2B digital campaign like the one Michelle was describing?  The short answer: spend as much as delivers your threshold level of ROI.  In other words, if Michelle’s campaign is generating qualified leads that convert to sales at a return that pays for themselves, covers her overhead, plus leaves a profit for IBM, she can keep the campaign running until the cows come home.  Or until the campaign fatigues, and dips below the required ROI hurdle rate.

But, in B2B, it’s not so simple. Large enterprise sales cycles are long, as much as 18 to 24 months, so Michelle’s sales results won’t be available until long after she needs to make campaign decisions.  And some of those results may never be known, since the leads are likely being worked by third party channel partners, who are often reluctant to share sales information.

Plus, Michelle said she had other objectives in mind for this campaign other than leads.  She wanted to create digital experiences for prospect engagement, and she wanted to demonstrate the use of IBM’s proprietary marketing tools.

So in B2B, budgets are often set more at a higher level than campaign ROI.  Here are 5 methods that B2B marketers may be using to set marketing budgets.

Zero-based budgeting is the best way to go, in my view.  You have a firm grasp of the numbers, and you are delivering against business objectives.  With this approach, you can take your plans anywhere in the organization, and explain what you’re doing in a way that is meaningful to everyone. Ruth P. Stevens consults on customer acquisition and retention, and teaches marketing at companies and business schools in the U.S. and abroad. Crain’s BtoB magazine named Ruth one of the 100 Most Influential People in Business Marketing. She is the author of Maximizing Lead Generation: The Complete Guide for B2B Marketers, and Trade Show and Event Marketing. Ruth serves as a director of Edmund Optics, Inc., the HIMMS Media Group, and the Business Information Industry Association. Learn more at www.ruthstevens.com.  Ruth Stevens is a director of BIIA.

Source:  This article was published on April 28, 2014 by biznology