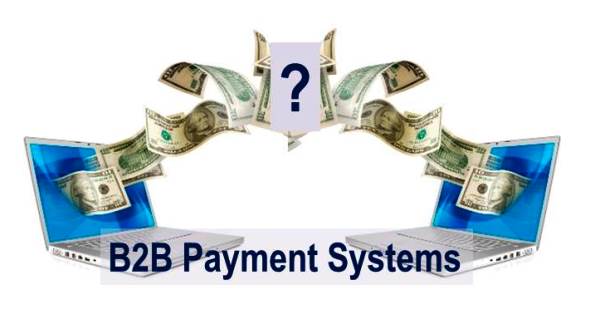 Aaron McPherson has been getting an uptick in contacts and stories about companies making a run at the B2B e-payments market, specifically Ixaris, Nvoicepay, Boost, Tipalti, Kinnek, Flywire, and Traxiant, which makes him wonder if there is a new wave of activity going on here, and if so, whether it will do any better than previous waves. There have been at least two prior waves of B2B e-payments companies, as he mentioned in his A 2017 Payments Wishlist, Part 4 where a revival of B2B e-payments was number 7 on the list.

The first wave was predominantly supplier-focused, and its value proposition centered on getting paid faster, thus improving cash flow. It ran into several problems, however: Buyers typically divided their suppliers into two tiers. Tier 1 suppliers were already automated through the use of Value Added Networks (VANs) like GXS (now OpenText Business Network) that used Electronic Data Interchange (EDI) as the standard for exchanging invoice and remittance data. These accounted for the majority of payments dollar volume, so it was worth it to do the heavy lifting necessary to automate the process. Tier 2 suppliers were not cost effective to automate, and operated on a paper-based process. From the start, B2B e-payments networks were limited to these smaller suppliers.

The second wave learned from the first, and was more buyer-focused, recognizing that buyers often held the power to compel their suppliers to participate.  This time, the value proposition had more to do with saving money on invoice processing, and allowing buyers to capture a greater share of early payment discounts by automating accounts payable. We also saw larger companies, like SAP/Ariba, American Express/Harbor Payments, and JPMorgan Chase getting into the act, often by acquiring first wave companies. Corporate card issuers saw an opportunity to expand beyond travel and entertainment into supplier payments. Unfortunately, this second wave ran into its own problems:

All these problems proved too much for even larger, well-capitalized companies to overcome, and most exited the market. A few stalwarts like Bottomline Technologies soldiered on, but concentrated more on automating accounts payable, and less on building a shared network.

Now we come to the present. What are the reasons for thinking that these new entrants might succeed where their predecessors did not? Here are some of the arguments that come to mind:

Putting on my “grumpy old man” hat for a moment, here’s why they still might fail:

In conclusion, there is cause for optimism that this time B2B e-payments will take hold, and I can check off one of my wish list items. However, there is also the risk that ignorance of the long and troubled history of B2B e-payments will lead to a lot of mistakes being made again. New entrants should take note that they are trying to solve an extremely difficult problem, and explore partnerships with larger firms earlier than they otherwise might. I consider it very unlikely that a venture-backed startup is going to single-handedly crack this market; a collaborative approach is much more likely to succeed.