Banks and the Blockchain Blues 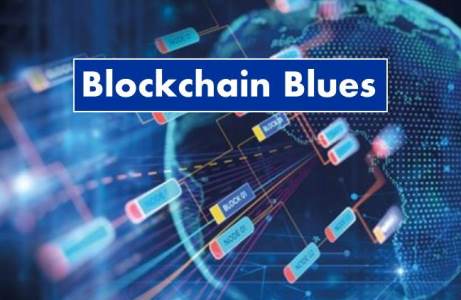 An Opinion by Noelle Acheson, a veteran of company analysis and member of CoinDesk’s product team.

The following article is a contribution to CoinDesk’s 2017 in Review:

Like the misleading opening of a well-crafted thriller, the blockchain bustle in the banking sector is sending a confusing message.

To see how, let’s take a brief look at the timeline:

It appears that confidence is increasing.  Or is it?

Given the seemingly frenzied activity over the past couple of years, we should be asking ourselves where the results are. Successful trials are great, but why have they not led to real-world use? Why is there so much applause and fanfare for work that has yet to show a practical application in banking? Why have countless promised deadlines come and gone with no follow-up?

Superimpose the scarcity of implemented blockchain projects over the subsequent silence around most of the trials from 2015-2017, and the implied confidence that we are close to useful solutions starts to weaken.

On the one hand, I don’t want to belittle the considerable investment that has been sunk into blockchain explorations in finance. Far from it, the knowledge acquired is an essential building block in the systems of tomorrow, in finance and other sectors.

And I still believe that finance – the “plumbing” of our economy – is one of the more compelling use cases for the technology.

What’s more, there is plenty of interesting stuff going on. Trade finance and cross-border applications are two main areas of focus, and we will almost certainly see solid progress in these applications over the next couple of years. And many other intriguing trials are far along, with possible launches in 2018.

But on the other hand, the empty promises and quiet disappointments are starting to take their toll.

Interesting reports are getting lost in the noise, as most announcements these days appear to be along the lines of, “Hey, we’re looking at blockchain!” – it would be more surprising to read a headline proclaiming that a bank is not interested in the technology.

With so many consortiums to join, potential use cases to announce and opinions on bitcoin to share with the world, it’s getting easier than ever for a bank’s PR department to get its name in the press.

Be careful what you wish for

First, there’s the loss of credibility. Looking back at the broken assurances from the past two years, we understandably take today’s pronouncements with a grain of salt.

Second, there’s the creeping suspicion that the technology isn’t all it’s cracked up to be. If it was so good at streamlining processes and reducing costs, why isn’t it already in the field?

Third, the level of noise is starting to induce an indifference to the progress. I’m sure I’m not the only one for whom bank CEO pronouncements trigger a boredom-induced numbness. And every time I read that a consortium has added yet another member, I’m reminded of what the collective brain power has yet to produce.

If the PR agencies could quieten down a bit, and if the press could be more selective about what it writes up, we could get a better sense of what really is happening “under the hood.”

Unfortunately, PR agencies and marketers are not known for their restraint. And us journalists and commentators need to inform you of what the incumbents are doing, even if it’s just talking, since they are both enablers and barriers to widespread adoption.

So, I expect that in 2018 we will continue to see empty announcements and mindshare positioning from the banking sector. The noise level will continue to increase, compounded by even more opinions on cryptocurrencies and token sales, as well as a stream of “me too” experiments that seem to repeat what has already been done.

However, the eternal optimist in me hopes that the flurry will soon start to condense into substance.

The scattershot approach of many blockchain teams will consolidate into a few viable projects, as most use case explorations end up shelved due to regulatory obstacles, scant engagement or lack of buy-in from senior management. The “low-hanging fruit” targets will gradually be replaced with distributed ledgers, and lessons learned will nourish more complex ambitions.

Instead of fluff pieces that regurgitate press releases, the media will start to use its deepening knowledge to more carefully select what’s worth writing about, and will spend more time talking to those actually doing the work. PR agencies will start to turn down the volume, realising that we’re not so gullible anymore.

And perhaps we’ll be able to talk more about how hard it is to go from lab to production, the difficulty of choosing the right problem to work on, the risk of operating in regulatory fog, and the struggle to get not only senior management buy-in but also the requisite partners on board. We would love to learn from mistakes, to hear more about the successful trials stuck in limbo, and to get a glimpse of what criteria are used in deciding to abandon a project.

That said, I also hope 2018 brings productive success to all those, in finance or not, who are working on blockchain applications – we are looking forward to reporting on your hard-won successful implementations that bring us a step closer to a better distributed and more trustworthy financial system.

But, please, keep the boring stuff to yourselves.

BIIA editorial comment:  From our own observations we can conclude that there is indeed a lot of obfuscation and little substance on concrete projects.  Much of the laboratory work is going on in the area of food safety, payment and supply chain applications.  Little is known about the state of the projects.