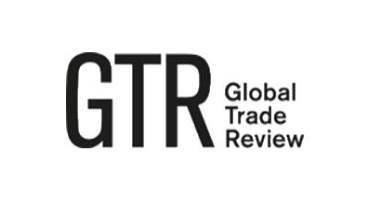 Banks around the world are sounding the death knell for traditional trade finance instruments, with the vast majority expecting a sharp decline in their usage over the coming year.  The main problem is compliance and regulations plus the general de-risking of banks (less lending), cutting ties with correspondence banks etc.

The annual Rethinking Trade Finance report from the International Chamber of Commerce (ICC)’s Banking Commission found that “the long-anticipated disappearance of the documentary letter of credit” is in sight, with 80% of those surveyed expecting little or no growth in those tools.

The move towards open account trading has been continuous over the past decade and is expected to continue apace. The ICC found that letters of credit (LCs) will continue to be important for 10% of global merchandise trade – which is still a sizeable volume of trade – but that banks around the world are looking beyond them.

Unsurprisingly, the survey shows that 2016 was a flat year for global trade, and thus, global trade finance. Swift trade finance message data for the year was down by 4.72% last year, which was a slight improvement on the previous year. This reflects the ongoing slump in global trade – according to the WTO, merchandise trade was down 1.7% in 2016. Dominic Broom, global head of trade sales at BNY Mellon and member of the ICC’s Banking Commission, tells GTR that figures for 2017 are looking healthier, but that there are a “confluence of depressed demands” that have had a drag on global trade for the past few years.

He says: “Particularly from developing countries, in terms of commodity imports… In the case of China, importing a lot of raw materials to fuel the frenetic pace of construction over the last 20 years, which has recently slowed down. That’s had an effect on the use of documentary credits, given that so much of the activity in the commodity sector is done on LC terms. When things slow down in a major economy like China, you will see the knock on effect.”

However, Broom has seen a “resurgence in demand for traditional trade finance facilities” in Asean countries such as Indonesia, the Philippines and Vietnam.

He adds: “2017 is looking to be a better year than years post the financial crisis. But the political aspect still casts a shadow, in that there hasn’t been a new global trade round or treaty of note for some time. In the past, these have proven to be a boost to global trade.

“Physical supply chain activity across multiple borders has probably reached its apex and the future growth for economies, looking at India and China, is on the services side of the economy. Payment and settlement for those services, which are a form of trading, albeit not physical goods, tends to be on open account and not LC, because of the absence of underlying physical goods.”

The top three concerns among the banks surveyed were compliance requirements (29.7%), increasing regulation (20.7%) and increasing protectionist and trade-restrictive measures (17.9%).

Fintech and digitalisation are talking points, but perhaps not the pressing issues many in the industry believe they are. Just 12% of those surveyed perceive market uptake of fintech, with 40% seeing some progress in digitalisation. Furthermore, just 1.4% view fintech companies as competitors and a threat to banks in trade finance, while only 18% feel that “technical capabilities and technology are ahead of trade finance business practice”.

This is surprising, given the perceived traditional nature of trade finance, the amount of paper and labour involved in transactions, and the many instances of fraud, which has involved the manipulation of traditional trade documents.

However, Broom thinks that in an industry as complex and process-driven as trade finance, the slow-burn introduction of digital techniques is natural, but will accelerate in the coming years.

“You have to contrast today’s uptake of digitalisation with its future potential, given that the global trade business is in transition. It’s following the more simple formats of payments, but why is trade tech adoption slower? Because your average end-to-end transaction is more complex, involving many more players than your average cross-border payment,” he tells GTR.

He adds: “That complexity has to be taken into consideration, including the very close links to trade finance, by its nature between the physical goods and the financing. The vast majority of traditional trade finance is still done in very tried and tested formats, but fintechs, such as R3 (Blockchain consortium) and Trade IX, among many others, looking deeply into this space: proof that it’s perceived to be an interesting place to be.

“I think distributed ledgers have the potential to enhance the way trade is transacted and documented, that leads into another interesting area of compliance and regulatory view of trade finance. If you have an inviolable ledger of the transaction from end to end, it has the potential to solve a number of the concerns that exist in international transactional activity.”

You can read the full ICC report here.