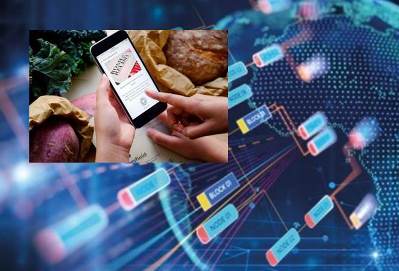 Three international banks, three large corporates and four fintech startups have announced a pioneering project that will explore how blockchain technology can be used to track physical supply chains while unlocking access to financing for sustainable sourcing.  The year-long project will kick off in January and involve Unilever, Sainsbury’s and Sappi together with Barclays, Standard Chartered and BNP Paribas, which will carry out three pilots throughout 2018.

They will be testing an Ethereum-based blockchain solution developed by Provenance, a social enterprise that helps firms track their supply chains using blockchain, and Halotrade, a fintech firm that uses smart contracts to convert supply chain sustainability data into automated access to trade finance.

The aim of the project is to help banks and the companies they finance to access more detailed and reliable information about the social and environmental impact of their entire supply chains, and in turn reward sustainability with access to faster and cheaper working capital.

The project is convened by the University of Cambridge Institute for Sustainability Leadership (CISL), which will today unveil the plans at the One Planet Summit organised by French President Emmanuel Macron two years after the Paris Agreement on climate action was agreed.

The project has to date secured private and public funding of more than £600,000 and is supported by the UK’s department for international development (DFID), among others.

The first pilot will test the usage of blockchain to track tea from farmers in Malawi being sold to Unilever and Sainsbury’s, as well as materials produced for the tea’s packaging provided by Sappi, a global provider of sustainable woodfibre products. The technology will record standardised information gathered from farmers about their produce, including quality and price, as well as account for the flow of products.

As previously reported by GTR, blockchain technology is ideal for tracking and tracing the physical supply chain. It ensures that records cannot be duplicated or manipulated, and as it allows data to be entered and viewed across the supply chain, the goods’ journey from farm to plate is immediately visible to all parties. Some fascinating developments are already underway, including projects to trace diamonds, wine, coffee beans, cotton, avocados and fish. But this pilot is among the first to combine blockchain supply chain tracking with banks’ financing programmes.

“The trade finance is there as the fuel in the system to really turn the wheel, to incentivise suppliers and buyers to work in a way that is more ethical by giving more immediate access to lower cost financing,” Shona Tatchell, CEO and founder of Halotrade, tells GTR.

Tatchell was Barclays’ head of innovation, trade and working capital when, in 2015, she conceived the idea for Halotrade. After having taken the startup through Barclays’ own fintech incubator last year, she decided to leave the bank in October to focus on the upcoming project. Halotrade is currently developing the software that will be used by financial institutions.as

She says that unlike many of the banks’ current supply chain programmes, which focus only on tier-one suppliers, blockchain technology could help reach more levels of the supply chain. The parties have estimated that more than 10,000 Malawian tea farmers could be reached by the pilot alone.

Banks, on the other hand, will get access to the supply chain data provided on the blockchain, which will help them to better assess risk and make decisions around financing. The solution also enables them to easily manage the workflow of the invoices.

“By using technology, we can create a transparent system where you have full visibility and accountability of what is happening in the supply chain,” Tatchell says. “You can see exactly where a product is and how it’s being produced and how people are being treated. That helps everyone, whether they are the buyers or the funders, understand what performance, regulatory and reputational risks are out there and help to mitigate them.”

Two other startups are involved: Landmapp, which will provide land rights documentation, and Focafet Foundation, which will develop open-source data standards for the project.

One of the key datatypes that the pilot will be assessing is land ownership and various impact metrics that come with having verified smallholder land ownership. The data is collected in collaboration with Landmapp, a mobile platform that provides smallholder farmer families in rural communities with documentation of their land.

But this is just the first step. Going forward the technology could record a range of other types of data, such as satellite data to measure deforestation, censor data to measure pesticide levels and other information sources to record labour standards.

“At the moment, banks don’t really measure or look at any of that. There aren’t really standards that are connected into the level of financing that they are giving,” Tatchell says. “What we’re trying to do is to change the business model and actually say that the lending criteria can be different, because there is a different level of transparency and trust in the system.”

One of the things the pilots will establish is to what degree the banks will be able to offer preferential terms or access to credit based on the evidence of sustainability supported by the blockchain.

The other two pilots will be conducted later in 2018 for other agricultural commodities, which have yet to be finalised, but will have origin in Africa.  A critical part of the project is to benefit smallholder farmers in African communities, explains Jessi Baker, founder of Provenance. But, she admits, there are still challenges in terms of connecting farmers to the technology itself and the data stored on the blockchain, given that many people in Africa don’t have access to smartphones or the internet, although this number is growing.

“We’re on a journey with this,” Baker tells GTR. “Today a lot of these smallholder farmers don’t have access to a smartphone to be able to contribute data. We will utilise the great work that people at Landmapp have already done to help connect smallholders with the internet via their applications and they have locals on the ground that help register land and negotiate disputes. But ultimately, the goal is that farmers can record and share their own data via their mobile phone.”

After the three pilots, the parties will look to scale up the solution and invite other companies and banks to join.