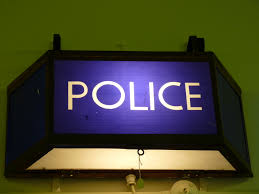 This is despite the police collecting a vast amount of digital data on a daily basis and ther is a lack of research exploring the potential uses of big data analytics for UK policing.

Primary research in the form of interviews with 25 serving police officers and staff, as well as experts from the technology sector and academia, has provided new insights into the limitations of the police’s current use of data and the police’s priorities for expanding these capabilities.

The research has identified a number of fundamental limitations in the police’s current use of data. In particular the fragmentation of databases and software applications is a significant impediment to the efficiency of police forces, as police data is managed across multiple separate systems that are not mutually compatible.

Moreover, in the majority of cases, the analysis of digital data is almost entirely manual, despite software being available to automate much of this process.

In addition, police forces do not have access to advanced analytical tools to trawl and analyse unstructured data, such as images and video, and for this reason are unable to take full advantage of the UK’s wide-reaching surveillance capabilities.

Among the numerous ways in which big data technology could be applied to UK policing, four are identified as key priorities.

There are at present a number of practical and organisational barriers to implementing these technologies.

Most significantly, the lack of coordinated development of technology across UK policing is highly problematic for big data, which relies on effective nationwide data sharing and collaboration.

Financial cuts in recent years have also severely hindered technological development, as the majority of police IT budgets is spent supporting existing legacy systems, with little funding available to invest in new technology. Finally, there are significant legal and ethical constraints governing the police’s use of data, although these are not a main focus of this report.

These barriers are by no means insurmountable, and it is expected that, in the coming years, advances in the police’s use of technology will enable the successful development of big data policing tools.

It is imperative that such development is informed according to specifically identified requirements and priorities, and this report identifies several areas of particular interest that warrant further investigation.

Despite the budget cuts of the kind imposed since 2010, it is crucial to invest in new technology, as the costs of the initial investment will be more than recuperated by the efficiency savings made in the long term.