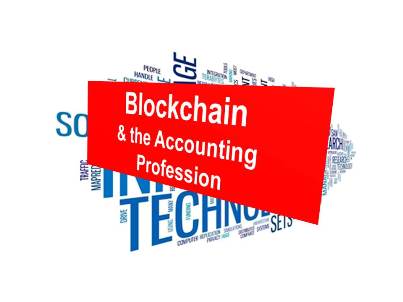 Blockchain representatives from each of the ‘Big Four’ accounting firms have met with the American Institute of Certified Public Accountants to discuss establishing a distributed ledger consortium.

The meeting is being hosted by ethereum-focused startup Consensys, but the attendees will be considering a wide-range of possible blockchain solutions.

According to Consensys head of blockchain accounting, Griffin Anderson, the series of roundtable discussions will center on how the accounting industry could work together to develop new blockchain standards.

Anderson, who helped organize the day-long meeting, said that the goal is to identify exactly how a blockchain could help the companies do their jobs more efficiently, regardless of which network they decide to use.

Roughly 40 people are on the guest list for today’s event from numberous firms, including Campbell Pryde, CEO and president of XBRL US, which helps oversee a business reporting language widely used by the accounting industry.  Also in attendance are representatives from of auditing advisory firm Grant Thornton, which last year generated $1.53bn in revenue, and Microsoft, which now hosts a blockchain-as-a-service test environment on its Azure cloud platform.

Those attending the meeting say the idea of an accounting-focused consortium is compelling. Lead strategist of Ernst & Young’s blockchain and distributed infrastructure, Angus Champion de Crespigny, told CoinDesk he is interested in how a consortium may help harness the disruptive power of the technology.

Originally viewed as a possible threat to parts of the financial sector, the technology is now being embraced by Champion de Crespigny’s firm and others for its potential to streamline many repetitive tasks and generate entirely new forms of revenue.

“Procedures may change, but ultimately there will always have to be some kind of assurance and we’ll just have to wait and see what that will look like.”

Ernst & Young senior partner Scott Zimmerman expanded on that statement, explaining that his firm is taking part in today’s meeting to “stay ahead of the curve” so that his colleagues won’t be caught of guard if and when blockchain changes the way accounting works.

Zimmerman, who focuses on audit innovation, told CoinDesk that “some believe the transition could be years out, but just like with the internet, you never know how fast it will come upon you”.

KPMG, when reached for comment, confirmed that at least three members of its blockchain team will be present at the event.

Building on the past

Today’s meeting will include a presentation by Consensys about the technology and its potential applications in accounting, focusing on ethereum as a specific example. Also on the agenda is a presentation on “triple-entry accounting” led by smart contract startup Balance3, which is affiliated with Consensys.

Later, attendees will discuss potential avenues of collaboration during round-table sessions that are closed to the public.

Organizers say that those taking part will have the opportunity to speak more candidly about the idea of creating a consortium, and how such an effort would overlap with each of the firms’ in-house blockchain work.

While organizers say the accounting consortium effort is in its early stages, the concept itself has proven to be a popular way for established players to work with the potentially disruptive technology.

In the finance industry, over 50 members now participate in the R3CEV banking consortium, and this year, cross-industry consortia have been popping up around the world [see previous posts on BIIA.com ; CORDA]