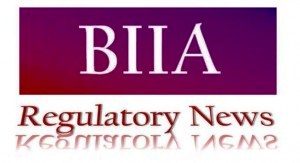 The last two weeks has seen continued effort on two key policy dossiers that could have an impact on our industry and that I have previously reported on  – the Green Paper on Retail Financial Services and Anacredit.

It was interesting to hear the comments from the various speakers at the Public Hearing on the Green Paper on Retail Financial Services that took place on 2nd March in Brussels. Notes from the hearing are attached. Credit reporting was not raised by anyone at the hearing as an issue but we should not assume it won’t feature in the European Commission’s thinking! One interesting point that came out of the hearing was a call on several occasions for a common ‘European Identity’ to enable lenders and consumers to trade across borders. Credit reporting service providers already help establish ‘identities’ in the countries that they operate in. This idea is worth watching to see if it gains recognition.

Interesting update in the last two weeks from the European Central Bank (ECB) on the proposed Anacredit regulation. It looks like all the concerns raised in the responses to the draft regulation may well result in some changes. Goes to prove that the ECB aren’t necessarily beyond reproach as many of us thought!!

BIIA working with ACCIS is currently finalising a response to the Green Paper on Retail Financial Services which will be circulated to the BIIA Regulatory Committee for comment in the next two days, so we can submit the response by the 18 March 2016.

In the last two weeks ACCIS has had meetings with Brussels-based industry associations representing lenders – Eurofinas and the European Mortgage Federation – to discuss the Green Paper and planned responses by respective associations. As a result of the meetings, the associations aligned their messages on questions 25 and 26 of the Green paper consultation regarding credit data.

On Wednesday, 2 March 2016, in Brussels, the European Commission held a Public Hearing on the Green Paper on Retail Financial Services. At the event, BIIA was represented by myself. The event, where EU Commissioner Jonathan Hill and key DG FISMA officials spoke, attracted a lot of interest from various stakeholders and was attended by approximately 500 participants. Credit reporting was not discussed separately in the event, and also was not brought up as a major issue in questions and answers after the sessions. It was underlined by several contributors, including Commissioner Jonathan Hill, other European Commission officials and MEPs, that the Green Paper consultation and the policy response to it should remain focused on the interest of consumers

Please find attached the detailed notes covering the sessions and discussions at the Public Hearing.

Following the European Central Bank’s consultation on the draft AnaCredit Regulation, to which BIIA submitted its response in January 2016,  the European Central Bank published an update on its website, stating that currently the ECB, together with national central banks are assessing the feedback received from various stakeholders and that an amended version of the draft AnaCredit Regulation will be submitted to the Governing Council for adoption not earlier than April 2016.

On Thursday, 17 March the ACCIS Secretariat and a representative of ACCIS will hold a conference call with the office of the German Member of the European Parliament, who has been providing critical comments on the AnaCredit Regulation to the ECB since late 2015. During the call ACCIS will present  its and BIIAs concerns regarding the AnaCredit regulation and explore the possibilities of support from the European Parliament towards the ACCIS/BIIA position.

Prepared by Neil Munroe on behalf of the BIIA Regulatory Committee