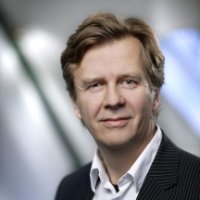 Eric Wallin has been appointed Country Director Sweden at Bisnode. Eric brings with him a long business and leadership experience. Eric will assume his new position on January 10th 2017.

Eric started his career in the bank industry and has held various positions in the financial sector when he in 1998 took on an assignment at Manpower as a Business Area Manager. In 1999, Eric founded and lead WideyesSweden AB, that become one of the most ground breaking online recruiting companies in Europe. In 2001, Eric became the CEO of Frontville AB, a ERP/software company that in 2004 was acquired by TDC and Acando/Frontec.

In 2004, Eric started his journey into the payment service industry, heading the company DebiTech in Sweden. DebiTech was in 2006 merged with the Danish market leader and thus the company DIBS Payment Services was founded and subsequently listed on the Stockholm Stock Exchange one year later. Eric has been the Group CEO of DIBS since the merger and has lead the company successfully in becoming the leading payment services provider in the Nordics.

Eric’s know-how in transforming traditional businesses into the digital arena will be of significant value to Bisnode´s transformation and in growing the company to future success.