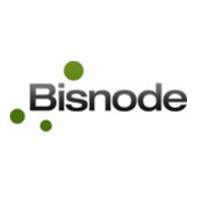 At the annual shareholders’ meeting on 3 June, Jon Risberg was elected as the new Chairman of Bisnode’s Board of Directors.  On 2 June, Per Adolfsson took up the position of Country Manager Sweden, the group’s largest operation.

Lars Pettersson, CEO of Bisnode commented:  “In terms of earnings, Q2 2014 was a disappointment. The deviation from plan is found primarily in Germany and France. The deviation in Germany is attributable to an increase in the number of multi-year contracts at the expense of contracts with immediate revenue impact. This in itself is positive, but with a short-term negative impact on profit. The shortfall in France is related to the extensive turnaround process that is currently in progress. To increase the focus on Bisnode’s home market in Sweden, Per Adolfsson has been appointed as Country Manager for Bisnode Sweden. The recruitment of Per will sharpen the focus on Sweden and we are convinced that this will accelerate Sweden’s path to growth.

Bisnode is working methodically to implement the strategic plan that was laid out in 2012 and has been continuously fine-tuned thereafter. We are addressing the challenges and obstacles that arise along the way. The complexity that has characterized the Group, with a large array of brands and even more products, is now being replaced by decreased complexity and thereby also greater efficiency and increased value in the customer offering.

Many exciting projects are taking shape under the surface. A number of new products will be launched in the near future and we believe that our ambition to be among the companies that benefit from the new technology can make Bisnode a future winner. We choose to see a weak Q2 in light of the far-reaching process of change that is underway and will continue at the same rapid pace with our sights set firmly on the goal – to help our customers make smart decisions.”