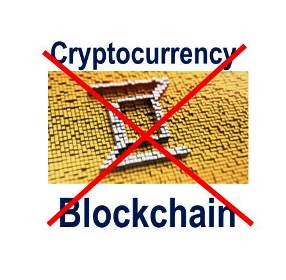 A senior bitcoin developer has declared the cryptocurrency a failed experiment, blaming the end of the currency on the refusal of the community to adopt new standards, which would allow it to grow consistently while maintaining stability.

Mike Hearn, a longtime senior developer on bitcoin and the former chair of the bitcoin foundation’s law and policy committee, announced in a blogpost that he would be selling his coins and quitting development on the project. “Despite knowing that bitcoin could fail all along, the now inescapable conclusion that it has failed still saddens me greatly,” he wrote.

Hearn’s objections to the current state of bitcoin are varied and frequently technical in nature, but at heart there are two failures: the section of the bitcoin community with power over the future of the currency is overly centralized and overly resistant to change.

Hearn writes that: “What was meant to be a new, decentralised form of money that lacked ‘systemically important institutions’ and ‘too big to fail’ has become something even worse: a system completely controlled by just a handful of people.”
There are two important bottlenecks in bitcoin’s organisational structure: the developers and the miners.
The former group are those people with the authority to make changes to the released version of bitcoin (the “core”). Although bitcoin is open source software, meaning anyone is free to use it or tweak it into a new system, there is still only one official release of it.
Anyone can propose changes to that release, but only five people have the authority to actually put those changes into the released version – and those five have been hopelessly split for the past six months about how to deal with bitcoin’s capacity problems as it grows.

The split has become so bad that Gavin Andresen, the most senior of the developers, paired with Hearn in August to attempt to launch a “hard fork” of bitcoin, which would use the same basic code but fix some of the capacity constraints. That launch merely exacerbated the split, however, with people who supported the new version (dubbed bitcoin XT) being blacklisted by the supporters of the old version.

But the main reason why XT never took off was the failure of the other major bottleneck: the miners.s

Bitcoin is supposed to be a decentralised currency. Anyone can download the entire history of bitcoin transactions, and devote computing power to verifying future transactions (called mining). For a change such as the switch to XT to succeed, more than half of the computing power on the bitcoin network has to support it by updating their-own software accordingly.

But very few people bother to mine for bitcoin. It’s expensive in terms of computer hardware, time and electricity so it is very difficult to beat professionally equipped outlets in the race for rewards. Those amateurs who do mine largely do so as part of pools, who share both computing power and rewards. Those pools, however, are also centrally controlled.

As a result, Hearn points out, just two individuals control more than 50% of the power of the network. He adds that “over 95% of hashing power was controlled by a handful of guys sitting on a single stage” at a recent bitcoin conference.
For their own reasons, the miners, who are largely based in China, are reluctant to switch to a competing implementation of bitcoin, or push for changes.

As a result, Hearn writes, bitcoin is seeing ever-greater congestion in the network, which it is unable to cope with in its present form. And the institutional failure to accept changes means that confidence in the currency is declining. “The fundamentals are broken and whatever happens to the price in the short term, the long term trend should probably be downwards”, Hearn writes.

Definition:  How Bitcoin Mining Works.  Where do bitcoins come from? With paper money, a government decides when to print and distribute money. Bitcoin doesn’t have a central government. With Bitcoin, miners use special software to solve math problems and are issued a certain number of bitcoins in exchange. This provides a smart way to issue the currency and also creates an incentive for more people to mine.  Bitcoin miners help keep the Bitcoin network secure by approving transaction. Mining is an important and integral part of Bitcoin that ensures fairness while keeping the Bitcoin network stable, safe and secure.