Bitter Harvest:  Which Treasury Gets most of the GDPR Loot? 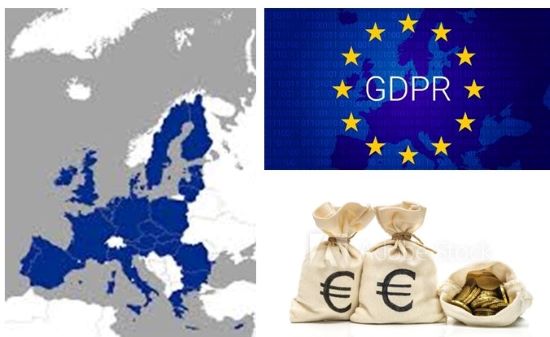 GDPR one year on: Large fines expected soon according to Privacy Laws & Business

Speaking at PL&B’s Ireland conference in Dublin on 9 May, Helen Dixon, Ireland’s Data Protection Commissioner, said that she will circulate draft decisions to her EU colleagues this summer. There is a procedure to follow, and that takes time, she said. At the same event, UK ICO’s Head of Regions, Ken Macdonald said that a large fine in the United Kingdom is just a few weeks away.

The European Data Protection Board (EDPB) reports that during the first year of the GDPR, a total of 446 cross-border cases were logged in its cross-border case register, and 205 of these cases have led to One-Stop-Shop (OSS) procedures.

The national DPAs have received 144,000 queries and complaints, and over 89,000 data breaches have been logged. 63% of these cases have been closed and 37% are ongoing.

Wolfsen said: “In the years to come, it is our responsibility as Board to deliver authoritative guidance and sound advice. I will make it my responsibility as Deputy Chair that we take on board all opinions, and ultimately speak with one voice.”

The Board also adopted opinions on the draft lists from Spain and Iceland regarding the processing operations subject to Data Protection Impact Assessments.