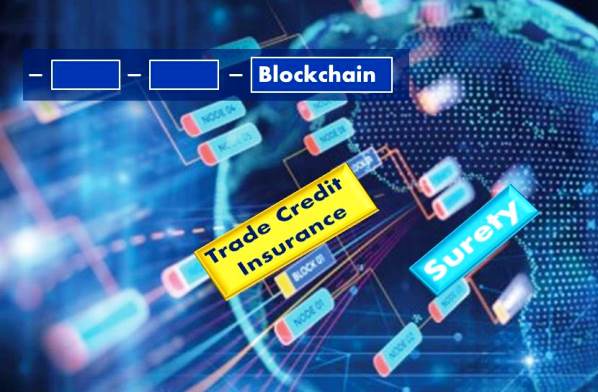 Ever faster developments in Distributed Ledger Technologies are rapidly shifting our economy towards becoming truly digital. A growing amount promising initiatives are emerging which are starting to impose serious threats to the traditional value chains of many industries, including insurance. Jags Rao, Business Development Lead – Distributed Ledger Technologies at Swiss Re was happy to explain his views on recent blockchain developments, the most promising initiatives and the opportunities and threats it poses for our industries.

The corporate world has rapidly moved from a Proof of Concepts phase to prototyping and testing. Jags notices that some of the initiatives already are starting to show promising results. “Select business applications enabled by blockchain are beginning to show real promise as the hype around blockchain continues unabated. Among the most promising ones are the digitization efforts taking place on the supply chain enabled by blockchain and Internet of Things (IoT) – be it Trade Supply Chain, Food Supply Chain or Automotive supply chain – there is concerted effort to build decentralized transaction infrastructure common to every player in the supply chain enabled by distributed ledger technologies. This results in single, authentic, immutable datasets shared across counterparties.” The potential benefits of adopting this new technology for service providers are endless according to Jags. “This not only brings transparency of events across the entire supply chain but also integrates structured and formatted data at “Google Scale”. This is unprecedented and expands options and possibilities for businesses especially service providers like insurance companies.”

Jags argues that collaboration is essential for blockchain solutions to add value. “Blockchain experiments which are limited to enterprise boundaries are struggling to take it beyond prototyping as there is not sufficient scale to justify the business case for use of blockchain.” He continues: “Blockchain is an ecosystem solution and therefore requires network of counterparties to realize economic value. When critical mass of players participate in the joint experiment, results are indeed possible. Consortia like B3i and RiskBlock have evolved using this concept and remain as the most promising initiatives to drive down insurance cost at industry level. They have also realized that going beyond prototypes/MVPs and putting blockchain code in production for enterprise grade applications has outstanding challenges.”

Co-led by Jags, Swiss Re is involved in a wide array of initiatives from inside and outside of the traditional insurance value chain. “Swiss Re takes a holistic view of the emerging Distributed Ledge Technologies (DLT) option spheres. B3i is one among them, one in which we played an important role. But it is important to recognize that B3i is an independent company since March 2018 and Swiss Re’s role in B3i will continue proportionate to our investment and the benefit we see as a user of the platform services. We are pro-actively assessing other emerging DLT cooperatives – including the ones coming from outside insurance value chain –  and engaging with those where it could help expand and/or transform our business.”

Opportunities for the trade credit insurance and surety industry
Jags recognizes a strong need for the trade credit insurance and surety industries to adapt to blockchain and distributed ledger technologies. “The trade credit insurance industry needs to embrace the innovation shaping at their end customer. Technological advancements will bring significant changes to current business processes. Those enterprises who are slow to adapt to changes will find it hard to survive in the new order.” He explains that  there are already some promising blockchain initiatives out there which are relevant for the trade credit insurance and surety industry. “TradeLens, a DLT cooperative for digitizing the global trade supply chain, presents huge opportunity for the Trade Credit and Surety business to participate in the platform and help standardize the work flow. The data set generated by TradeLens is valuable for Banks, Insurance companies and other service providers to provide better quality products and services. We.Trade is another consortium that is addressing the issues with today’s Trade Finance. Trade credit & surety industry should not miss out on these and other  opportunities to learn and benefit from these rapidly evolving platforms of the future.”
When asked to give advice to ICISA members, Jags likes to emphasize that it is of key importance to get familiar with the blockchain technology rather sooner than later and try to learn from each other. “Get your hands dirty! Start somewhere. Remain open. Fail Fast. Pivot your model. Do not reinvent the wheels, leverage on the learnings from other members. Don’t try to understand how blockchain works, instead focus on for what business problem blockchain is a winning model. Only a select group of industry leaders adopting blockchain will gain competitive advantage. So Think ahead and Think Next!” 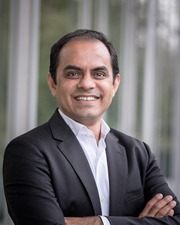 Jags Rao co-leads the DLT (Distributed Ledger Technology) practice at Swiss Re and is a recognized thought leader in the insurance industry on blockchain. He introduced blockchain to Swiss Re in 2015, spearheaded insurance industry’s first prototype on blockchain and since then driving Swiss Re’s strategic agenda for a successful business change using DLT. He was the cofounder and instrumental in the launch of B3i, Blockchain Insurance Industry Initiative. Jags coauthored a technical paper on privacy on blockchain networks and significantly contributing to Swiss Re’s innovation leadership position. He chairs the Blockchain Working Group, to share know-how and raise awareness on the impact of DLT to Insurance Business. In 2016 Jags founded Swiss Re Incubator (now called CrowdPassion) platform to drive grass root innovation at Swiss Re in a fast, flexible and agile manner. Jags also contributed to the launch of Swiss Re’s first ever start-up accelerator program. Jags has over 22 years of experience in solution consulting, innovation management and sales leadership with a blend of technology, business and entrepreneurial experience. He is raised in India, resident of Switzerland since 2001, has lived in the USA and briefly in Japan.