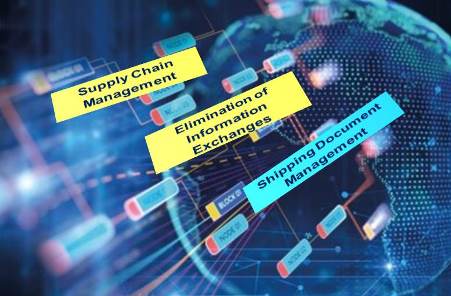 A test of blockchain technology conducted by several international corporations and a European customs organization indicates the technology can save global transport and logistics companies hundreds of millions of dollars a year by sharing and distributing relevant shipping data among participants, rather than by the traditional practice of exchanging documents, the group said.

The group discovered that, by using blockchain, it could eliminate much of the data replication, because documents could be viewed by all stakeholders in real time rather than being transmitted back and forth between the parties:

Blockchain is a distributed database system that records and maintains data in a manner that potentially prevents hacking or the involvement of traditional third parties such as banks and attorneys, according to supporters of the technology. This allows multiple stakeholders to securely share access to the same information, they say.

Supporters of blockchain said the technology is poised to revolutionize operations across a multitude of sectors. The transport and logistics industries are arguably at the vanguard of this movement. The Blockchain in Transport Alliance (BITA), which was formed to establish standards for blockchain utilization, has 288 members.