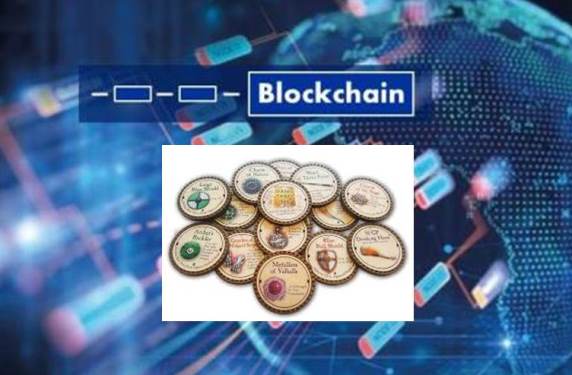 Our world is full of untapped real-world assets. From real estate, gold reserves, fine art to agriculture, tangible items have been difficult to subdivide or physically transfer.  So investors have traded these assets on paper, which is slow, complicated and expensive. These trades are also more difficult to track due to the regulatory nature of paper transactions, especially when it involves cross-border legislation.

Tokenization is a revolutionary new process, where real-world assets become digital tokens on the blockchain. By switching to a digital system, investors can liquefy real-world assets while retaining the characteristics of the asset.

Blockchain tokenization is forged through smart contracts and allows for the secure transfer of real-world assets such as property or vintage cars. By dividing these assets into digital tokens, which are equivalent to the value of the real world asset, the blockchain makes it possible to trade without third-party brokers, as its encrypted transactions are immutable.

Until recently, there have been no go-to platforms for tokenizing real-world assets, and with the emergence of new marketplaces, the access to liquidity is now endless. The opportunity tokenization offers private wealth managers, and high net investors cannot be overstated. The World Economic Forum predicts that over the next ten years, 10% of the world’s GDP will be stored in crypto assets.

That means an astonishing $10 trillion of financial products and services will become digital tokens.

What are blockchain “security tokens”?

Security tokens on the blockchain are a liquidized form of a real-world asset, commodity (like those representing money) or intangible items (i.e., a Hollywood’s star brand name or copyrights).

Tokens allow investors to have security, speed, and ease of transfer, secured behind a real-world asset. While this is not necessarily a new concept, it’s certainly evolved after the advent of blockchain and tokenization. It’s now much easier to trade and exchange liquidized real-world assets than in the past.

Many investors already own lucrative illiquid assets — whether its real estate or agriculture to traditional investment products such as bonds or venture capital. One aspect of the tokenization process is allowing investors to trade previously fixed assets that until recently have been difficult and costly to purchase.

How does it work?

Let’s say an investor wants to tokenize a luxury hotel; they can create a tradable security token and put the hotel into a legally binding trust. After the hotel has gone into liquidity it will have multiple token holders, who now collectively own the asset. The hotel’s security tokens are then stored on a blockchain smart contract and served as collateral. If multiple investors co-own the hotel, then the smart contract becomes ‘multi-signature.’ Smart contracts are an algorithmic software license, which verifies the terms and conditions, in a conflict-free manner without third-party interference.

The token holders’ agreement will be encrypted and distributed equally, so their legally binding agreement cannot be lost or changed without their permission. Changes can only take place when both or all stakeholders agree on a given matter, which will help cement trust and security amongst investors.

Tokenization promises to democratize and open up investment to new parties, and unlike many cryptocurrencies, it has the security of having real-world assets behind them. Going forward, security tokens, as a tradable asset, will play a transformative role in wealth management firms for years to come.