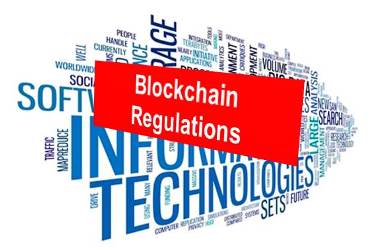 In a recent speech, a Bank of England executive has reiterated the central bank’s view on distributed ledger technology, saying that blockchain revolution is unlikely to happen anytime soon.

Speaking at the CREST Twentieth Anniversary Conference, London, Andrew Hauser, the BoE’s executive director, banking, payments and financial resilience, noted that currently the discussion is dominated by the potential of blockchain and distributed ledger technology (DLT).

“At its most extreme, DLT is quite revolutionary”, Hauser said. “There is no likelihood of such an extreme revolution occurring any time soon: much more work is needed across a whole range of issues, including: speed and scaleability; confidentiality protections; developing common protocols; integrating cash and securities movements; and establishing regulatory and legal norms.”

He further emphasized that in many cases, reform to outdated business processes will need to precede any application of the technology itself. However, Hauser sees scope for less ambitious but still potentially transformational applications in specific markets, not least those where current infrastructure is less well developed.

“A key challenge for incumbent firms is whether to take on competition with challenger firms head-on, or partner with them to develop and implement the most promising forms of technology internally. But doing neither is a risky approach”, he added.

The recent remarks a consultation paper released by the Bank of England which stated that blockchain technology is unlikely to prove sufficiently mature to form the core of next generation of RTGS.

Hauser said that the central bank will continue to act as a catalyst for change through its research work on the policy and technical questions raised by the distributed ledger and central bank digital currencies; and working with innovative firms on applications of new and existing technology to central banking topics through our new Fintech Accelerator.