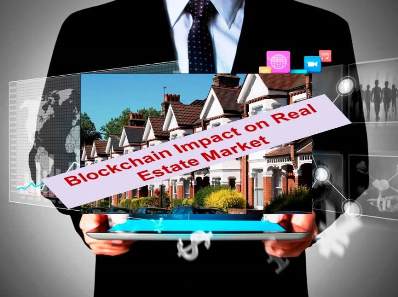 Experts have suggested a number of niche industries that will be made more secure by the untamperable data record provided by blockchain technology — including international art dealing, pharmaceuticals and international trade of high-value goods — but to date, very little attention has been given to the potential effects on the real estate market.

According to HomeInsight, the typical homeowner sells his or her home every five-seven years, and the average individual will move 11.7 times during his or her lifetime. While most normal Americans will not note the differences of the changes to the international art trade, the changes within the real estate market directly affect millions of people every year.

Buying a home is the biggest investment that most people will make in their lifetimes, yet, to date, there have been few technological advances to expedite the process and make it more secure for buyers, lenders and homeowners alike.

This article will look at three ways that blockchain could disrupt the real estate market: by speeding up the system, providing more transparency and offering safer investments to everyone involved.

While the blockchain can do little to influence local legislators’ sales restrictions, it will have a great impact on the financial verification element of the sales process itself. At current, most buyers and sellers make use of escrow and title companies for third-party verification — a safety net to make sure both parties keep their end of the deal, as well as to reduce the risk of fraud.

While undoubtedly important, this third-party verification comes at a cost — normally 1-2 percent of the total value of the property — and adds extra time to the process. With blockchain, the middleman (in this case the escrow company) could effectively be cut out. By using a blockchain distributed database to prove authenticity, homeowners could legitimately transfer ownership immediately without the need to pay for third-party verification.

One of the main reasons that buyers and sellers have traditionally used escrow and third-party verifications is to reduce the chances of either parties getting burned by real estate fraud.

Real estate fraud costs unwitting buyers millions of dollars each year, and is aggravated by buyers or sellers who want to make a quick deal and are consequently willing to forego safety measures. The Internet and advances in computer technology have made forgery of documents and advertising of fake properties much easier.

“Forgery of documents showing someone is the owner of a property but really is not is one major problem,” Paul Barbagelata, owner of Barbagelata Real Estate in San Francisco told MarketWatch. “It’s been reinvented with technology as the duplicating of notary stamps and grant deeds is much easier with the use of the Internet.”

As reported by Morgan Brennan from Forbes, one of the most common types of real estate fraud is rental scams, in which a scam-artist will copy details and photos from a real listing, then re-post on another site while posing as the agent responsible for the property. The crook will then ask for money up front from interested parties — as a security deposit or a fee for their “services” — or request that funds be transferred to a third party (who is part of the scam) as proof of available funds to make the purchase. The unwitting buyer is unlikely to see a dime of this money again.

By offering a 100 percent incorruptible resource, whereby the sender and recipient of funds was logged, and where “digital ownership certificates” for properties are saved, the blockchain would effectively make forged ownership documents and false listings a thing of the past.

The unique “digital ownership certificates” would be almost impossible to replicate, and would be directly linked to one property in the system, making selling or advertising properties you don’t own almost impossible.

A very small minority of people buy houses outright, and proving suitability for a mortgage or loan has to date been a nail-biting, slow process that is often lengthened due to red tape and administrative issues. The Internet is awash with tips about how to speed up the process, but blockchain might have the answer.

Using the blockchain, people could create a digital ID for a real estate asset, as well as for themselves as the buyer or seller. In this way, the mortgage process and transfer of ownership would be seamless, and much faster than it is today.

For the buyer, their credit history and income would be instantly verifiable as well, avoiding time-consuming trips to banks, lawyers and estate agents. Homeowners would be able to prove ownership of their property backed up with an easily digestible record of their time there. Houses could effectively be given their own digital identities, which would include the chain of ownership, a documented list of repairs and refurbishments and projected costs associated with owning and running the home.

The transformation is not going to happen overnight. Blockchain technology is still in its infancy, and it will take the examples of a few innovative and forward-thinking real estate firms to lead the way and convince the masses that blockchain is the correct path to take. But in the future, this new failsafe technology could make buying or selling a house, applying for a mortgage or taking out a property loan a streamlined, safe and transparent process, allowing people to

concentrate on the most important factor: creating a new home for themselves and their families.