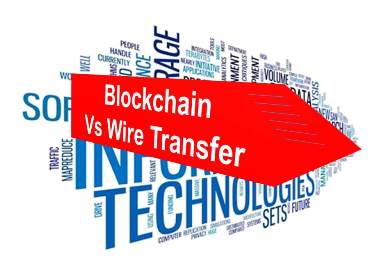 According to the Asian Nikkei Review, the unnamed “megabanks,” the Deloitte Tohmatsu accounting group and the Bitcoin exchange bitFlyer have been running Blockchain tests for a considerable part of 2016, with the final tests concluding in September. The goal was to see if Bitcoin’s Blockchain technology (distributed ledger technology) could hold up to the rigors and speed requirements of the current currency transfer systems. You could say that these tests were successful.

“Blockchain’s low processing speed was seen as a major drawback of the technology,” said the Asian Nikkei Times. “But researchers were able to conduct 1,500 transactions per second using Blockchain, on par with the nearly 1,400 transactions the current interbank wire system is capable of handling at peak times.”

The banks again were not mentioned, but they are known to be the three largest banking groups in Japan. New regulations in Japan, which began this spring, have brought the economic value of the Bitcoin digital currency on par with the Japanese Yen, and these regulations have given Japanese corporations a legal field to work in as they seek to capitalize on the improvements this new technology can provide.

The successful nature of the tests has meant that greater implementation of the Blockchain technology in the banking sector is expected in 2017. Startups in the region that build Blockchains may see some very large contracts from the banking industry in the months and years to come.

Japan has become one of Bitcoin’s largest markets, even after its star-crossed history with the infamous Mt. Gox Bitcoin exchange. The Japanese Yen is the second-most converted currency for Bitcoins, after the Chinese Yuan. This eclipses the U.S. Dollar, which used to hold close to 100 percent of the Bitcoin market at its genesis (block). This is less than three percent of the global market, but this accounts for a daily rate of almost 70,000 Bitcoins. The U.S. Dollar is next at just under 40,000 Bitcoin purchased a day.