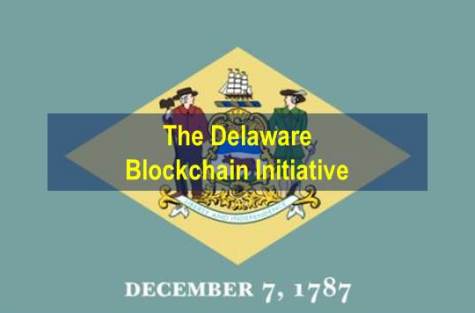 Last week, Delaware passed amendments to state legislation that, once signed into law by the end of July, will give corporations registered in the state the right to issue and trade shares on a blockchain platform.

While this may on the surface sound like a small modification, it is a big deal.  Companies and exchanges around the world have been investigating how distributed ledgers could help with issuance, execution and settlement (some have even issued shares on a blockchain). However, they have been doing so under a cloud of regulatory uncertainty, unsure of whether the stakeholders – including the relevant governing bodies – would allow the innovations to take hold.

For the first time, businesses will be able to experiment with new processes knowing that they have the protection of the law.  This is likely to pave the way for the entire life cycle of a share – the issuance, custodianship, trading, shareholder communication and redemption – to be enacted on a blockchain. The result could be a reframing of the global securities network, one of the cornerstones of our modern capitalist economy.

The equity infrastructure used in most markets today evolved around paper-based issuance, and essentially has the same conceptual backbone as in the 17th century. Processes are complex, involving several steps, each with fees. Centralized clearing creates systemic risk by presenting a single point of failure, and since in most jurisdictions legal ownership rests with the transfer agents, true ownership can be obfuscated which in turn can violate rules that limit shareholdings. Furthermore, a paper-based system – even a digitized one – is vulnerable to fraud, and centralized databases can suffer security breaches.

With a blockchain system, investors and issuers can interact directly with each other, in theory cutting out brokers, custodians and clearing houses, thus reducing transaction costs. Settlement can happen within hours instead of days, releasing funds and lowering carrying fees. Legal ownership would be restored to investors and companies, and would be more transparent. Dividends and stock splits could be automated, reducing cost and error. Also, a distributed ledger platform would remove the single point of failure risk, help make proxy voting more transparent and accurate and make it easier to manage cap tables as well as collateralisation.

There are disadvantages. Transparency, for one – not all investors want their positions to be visible. Error resolution is another – mistakes happen, and on an immutable ledger, how do you fix them? What’s more, counterparty risk doesn’t go away, it just shifts. But as work on services and solutions picks up in the light of regulatory approval, so will the development of workarounds.

That this milestone was reached in Delaware is significant. The state is 49th in the nation in terms of size and 45th in population, but it boasts two-thirds of US listed companies and 85% of IPOs. It has more registered legal entities than it has residents. This is due to its relatively flexible business legislation and tax framework, and to its reputation for being a standards bearer in corporate law.

What’s more, the recent amendment is part of a larger initiative to streamline corporate and governmental processes. The Delaware Blockchain Initiative, launched over a year ago, commits the state’s government to incorporating blockchain technology in the handling of official documents such as land titles, birth and death certificates, professional licenses, collateral claims and company filings.

So, here we have the US state with the largest concentration of registered corporations, and with a reputation for strong support for innovation, offering businesses the chance to test a new form of financing and governance.

While adoption will probably be slow, at least at first, the pace is likely to pick up as the benefits become even more apparent. Other jurisdictions could follow suit to avoid losing a chunk of their domiciled businesses. And the structure of financial markets could start to gradually, but fundamentally, change.

While the Delaware amendment won’t create a market revolution overnight, it does raise a question which highlights the systemic importance of the move: Will traditional equity markets still exist 10 years from now?