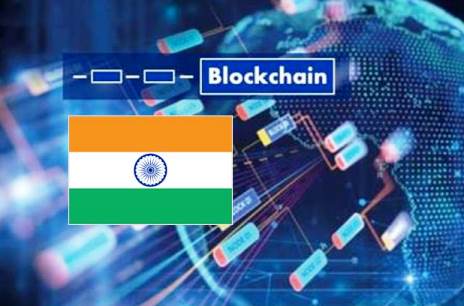 A financing platform in India has launched a blockchain-based solution to help prevent fraudulent double financing of invoices.  The solution allows private companies to exchange information about invoices uploaded to their marketplaces, in order to ensure the invoices are not financed multiple times.

There are three companies involved: RXIL, ATReDS, and MYND Solutions, each of which is licensed to work on the Reserve Bank of India-sponsored Trade Receivable e-Discounting System (TReDS), a digital platform that allows SMEs to auction their trade receivables from corporate customers.

TReDs started operating in 2017, as the RBI sought to provide small companies with more financing options. It connects banks and factoring houses with companies, who can upload their invoices to the platform. Funders on the system include State Bank of India, Union Bank, IDBI, Dena Bank and OBC.

Companies can upload the invoice to any (or all) of the three exchanges on TReDS, after which financiers lodge a bid to fund the invoice. Only one bid can be successful. However, prior to the launch of the blockchain solution, the platforms had no way of effectively communicating with each other in a way that could prevent double financing.

“If the invoice is financed on one of the platforms, it should not be allowed to get financed on the others. This particular objective, to prevent multiple financing of the same invoice uploaded across the platform, was the reason to go for the solution like this,” Kashinath Katakdhond, managing director of RXIL, tells GTR.

Once an invoice has been uploaded to RXIL, the company runs a duplicate check on its own books to make sure it hasn’t already been funded. Once a bid has been accepted, it now uses the blockchain solution to ensure that the invoice hasn’t been funded on any of the other platforms involved in TReDS.  The tool was launched in late-March and was developed by US company MonetaGo, using the Hyperledger Fabric blockchain framework. MonetaGo spent seven months developing the solution and two to three months testing it.

“We saw a tonne of opportunity, as with these types of exchanges there are lots of opportunities for fraud,” MonetaGo CEO Jesse Chanard tells GTR.

He says: “They had a need to identify when an invoice had been factored on a competitor’s exchange. But because they’re competitors they didn’t want anyone else to be able to identify their customers. We had three untrusting competitors, although they’re working together, needing a platform that would work between them, but is cryptographically secure.”

The use of blockchain allows the confidential information to be obscured, but the relevant information about party registration and whether an invoice has been financed on a participating platform is shared and cannot be altered or deleted.

It may also go some way to assuaging the fears of some companies, which have reportedly been reluctant to upload their invoices to the TReDS platform, out of concern that competitors would be able to identify their suppliers.

International banks have restricted their acceptance of guarantees from local banks in India, while the RBI has banned the letter of undertaking (LOU), the document that was at the heart of the PNB scandal.

“It’s a very big problem right now in India, fake and fraudulent invoices. Anyone can print it and go to multiple banks and get the same invoice financed. It creates a problem for the banks who are going to finance the transaction,” says Katakdhond, who thinks that the PNB fraud creates a case for wider use of blockchain technology in the country’s trade finance sector.

“There is a lot of discussion about how can we keep the audit trail. The issue with PNB was that the core banking system wasn’t connected with the issuance of the LOU and other things. So it becomes critical that we have something like ledger-based transaction platforms, where documentation becomes a key part and where everybody is able to see that information, and whatever documentation there is becomes available to everybody without being tampered.”

The CEO of MYND Solutions, another exchange on the TReDS platform, adds in a statement: “There has been a lot of press about blockchain in the last few years, however, this was the first time we could apply it in day-to-day operations and enhance the control over duplicity of transactions.”