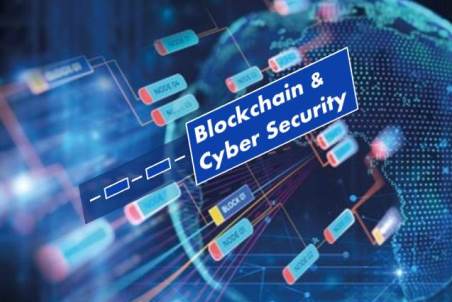 Data Security is no longer a luxury or an afterthought. With so much of our private, personal, and sensitive information being stored and transmitted online, tight security and privacy are now necessities for everyone.  But, just as more of our lives are going online, we are hearing about more data breaches and hacks than ever. Blockchain technology can improve on current, centralized data security solutions, and help keep us safe and in control.

Data is quickly becoming one of the most valuable resources in the world. The list of the top 10 companies by market capitalisation is now dominated by data-centric companies like Facebook, Google, Alphabet, Microsoft, Apple, and Amazon. That value means your data, especially your sensitive data, is now a prime target for cyber criminals, and you probably aren’t as protected as you think.

Even giant companies like Anthem, Target Corp, Home Depot and Equifax have had major data breaches over the last few years affecting hundreds of millions of people. Clearly, current solutions aren’t good enough to keep us safe. Cloud services often aren’t the solution either. As hugely centralised systems, they are more valuable targets still. You also need to trust a 3rd party to store your sensitive data for you, which for many companies often isn’t desirable or even legal.

A new solution is needed.

Blockchain as an Alternative

Blockchain technology has been one of the major technological breakthroughs of this century. Bitcoin, the first Blockchain application, allows a network of users to perform transactions without requiring the trust of anyone on the network, or a third party.  Everything is encrypted, and nobody can tamper with the Blockchain without everyone else noticing immediately. Bitcoin has deeply penetrated into our daily lives and proven to be remarkably effective as an investment, means of payment and earning asset.

Today the crypto-currency ecosystem is advanced enough to let practically everybody get into Bitcoin at the click of a button. There are cryptocurrency exchanges like CEX.IO that provide users with a wide range of tools for trading, buying and selling, as well as simply storing Bitcoins and altcoins securely on their platforms [Ed.: however Bitcoin has not been secure either]

There are a few ways that a Blockchain can be used in distributed storage software. One of the most common is to:

Essentially, instead of handing your files to a company like Amazon or Microsoft, you distribute it across a network of people all over the world. The cloud is shared by the community, and nobody can read or tamper with anyone else’s sensitive data. In other words, you stay in control.

This could also be useful in public services to keep public records safe, available, and decentralized.

Another model is to just save a crypto-graphic signature of a document or file on a Blockchain. This would give users a way to ensure a file is untampered, without needing to save the entire file on the Blockchain. When you look at a file, you can guarantee that it is the same version of the document that existed at another time.

Smart contracts can also be used with Blockchains. These ensure that certain transactions happen when certain conditions are met, meaning records can be programmed to be changed or updated automatically.

There are some major benefits to using a Cloud storage model. Including:

There aren’t many Blockchain storage products available yet because there are some challenges that need to be solved first:

Blockchain technology is still in its infancy. However, there are a few organizations developing some great ideas. Storj.io and Sia.tech are two Blockchain storage products available right now.

These are early examples of this kind of technology, and there will be more to come. Filecoin is another product (although this one doesn’t quite exist yet) allows individuals to mine Filecoin by sharing storage space (similar to mining Bitcoin by helping secure the network). Filecoins can then be traded for storage space on the Filecoin network or converted to Bitcoin, altcoins, or cash.

Healthcare data could be a great fit for Blockchain technology. Organisations struggle with keeping patient data secure, up-to-date, auditable, and accessible to all parties. These are all things Blockchain technologies are perfect for. It’s still early days, but this could revolutionise how health records are handled.

Blockchain technology is expected to disrupt many different industries. The secure data storage market is currently dominated by huge third-party providers, and now it is one of the key targets for Blockchain developers.

Soon, everyone could all have access to cheap and secure ways of handling even the most sensitive data, without needing to trust in any third parties.